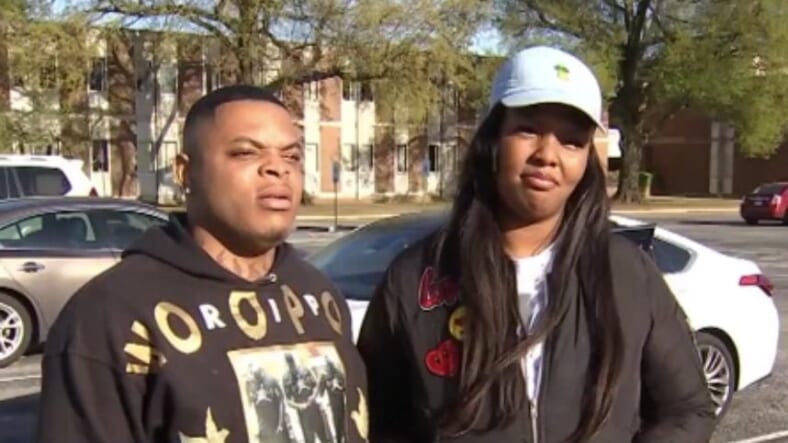 As a former school teacher, I know just how rowdy kids can get. Hell, I’m a mom of five kids and there’s nothing anyone can tell me about how my kids can act when they are away from me. I have one son, and God knows I’ve gotten phone calls from his teacher about his behavior. But when it comes to my kids, it only takes one call and that’s all. Just call me Momma Pope because it’s handled.

And what I don’t need under any circumstances is a teacher laying hands on my child unless she wants me to lay these Momma Bear paws on her.

When I saw the video of the little 7-year-old boy getting dragged upside down off a school bus in Memphis by his feet—by a teacher—I choked back tears and shook my head in disgust. He was screaming for his mom and fearing for his life! I don’t know the backstory but it doesn’t matter. What I do know is that the situation was handled all wrong.

That boy is a baby and his wails and cries were a clear indication that an administrator or someone with authority should have been called in to deescalate that situation. We all know that kids will be kids and no matter what happened on that bus someone is expected to be an adult. That teacher’s actions were childish.

But what was clear to me is Black kids at that school aren’t valued.

A white child would have been talked off that bus.

“How are you feeling Johnny?” he would have been asked before being given a Capri Sun to sip.

Black kids on the other hand are throwaways whose feeling aren’t validated. That boy was pretty adamant about not being involved in a fight he was accused of taking part in.

Shelby County Schools in Memphis said the teacher was breaking up a fight just before the camera started recording, but according to the AJC the child’s mother, Kimberly Hardin, said her son was not part of the fight.

Why wasn’t his feelings and his point of view carefully examined before snatching him kicking and screaming off the bus.

And you know what’s even scarier? That teacher had no fear of retribution.

He manhandled that little crying Black boy with the same kind of brazen brutality a police officer has when pressing his knee deep in the back of an unarmed Black man; or when an officer chokes the very life out of a Black man for all the world to see.

That little Black boy was turned upside down and carried by his feet by people he thought were there to ensure his safe return into the arms of his momma. Instead he screamed at the top of his lungs in agony, pleaded for help.

His lesson for the day: your B life doesn’t matter at Robert R. Church Elementary.

Hardin said her son was seriously injured and still doesn’t want to go back to school. “He had a concussion and his back was bruised,” Hardin said.

The school district claims the teacher has been removed from the school while the matter is being investigated but after assaulting this precious 7-year-old boy he needs to have several seats in the back of a jail cell!