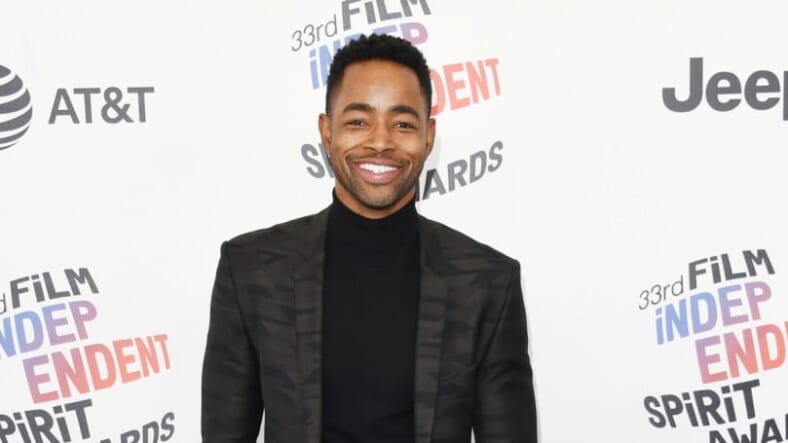 As the #Lawrencehive anticipates Season 3 of “Insecure,” Jay Ellis is on the move for the rest of 2018. During a recent interview with theGrio, Ellis dishes on being a part of the American Black Film Festival (ABFF) and what the future holds for Lawrence.

The American Black Film Festival (ABFF) is an annual event dedicated to showcasing quality film and television content by and about people of African descent. Founded by Jeff Friday, it supports emerging artists to foster a wider range of images, stories and storytellers represented in the entertainment industry.

“Being this year’s ambassador, it’s a big deal. I get to follow in the footsteps of some really amazing people who have kind of been a part of the ABFF family for a very long time,” says Ellis.

“You’ve got Anthony Anderson, Tracee Ellis Ross, and Morris Chestnut—Mr. Smooth himself—so getting to be a part of that is special.”

The ABFF is committed to the belief that Black artists deserve the same opportunities as their mainstream counterparts. Ellis dished on why it’s so important to have these platforms that support emerging artists and create spaces for storytellers and content creators of color.

“One of the things that Jeff and everybody at ABFF has done is create this platform that allows not only just new voices and film to be discovered and to give them a  place to work together. You now get to be in a forum and be in conversation with somebody like Spike Lee,” said Ellis.

“It’s just really amazing to be able to bring all these people together,” says Ellis. “And then you ultimately end up seeing dudes like Ryan Coogler, who’s first short [film] won at ABFF so many years ago and then Steven Caple Jr., who’s short [film] won the year after. So much of our core audience is ABFF. They are the people we are inspired by and make these projects for.”

As the American Black Film Festival continues to build that connection between emerging storytellers and vets, Ellis reflects on what was most challenging for him when he first got into acting.

“A lot of times, I was seeing material that wasn’t representative of anybody that looked like me. I mean it takes all types, it takes all kinds, but a lot of times it felt like the stories were so far away and now, it’s dope. We get to tell more authentic stories and have more point-of-views and that’s what makes storytelling so special.”

Ellis also touched on what many fans are wondering: Will Lawrence return for “Insecure” Season 3?

“I actually don’t know whats happening with Season 3 at all, Ellis says. “The way that Season 2 ended, I don’t know if we’ll see Lawrence again. They said goodbye to each other and it was closure. I don’t know about you, but I don’t know a lot of my ex’s anymore.”

Ellis continues, “I’m excited to actually sit back and watch Season 3 as a fan and see where Issa and Molly stories go.”

And when it comes to whether Lawrence and Issa should get back together, Ellis says: “I don’t really think about it in that way. This story is Issa’s story…both the creator and the actress as well as the character.”

“I always say I’m really comfortable with sitting back and being a team player. I’m here for this journey and this ride to support the story for Issa and if it means that Lawrence’s story is over then that’s what it is.”

Jay Ellis will be at every single event during the American Black Film Festival! Make sure to purchase your tickets at ABFF.COM and check out more highlights from the interview below.