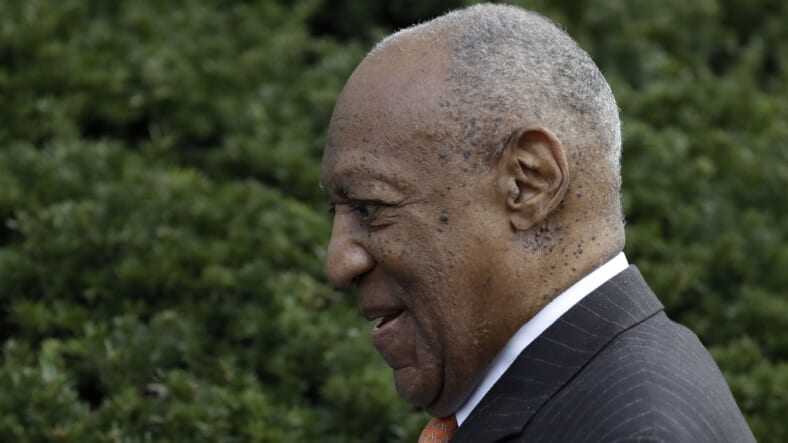 The jury in Bill Cosby’s sexual assault re-trial found the comedian GUILTY of all charges after deliberating for two days.

Each of the three counts of aggravated indecent assault comes with a 5-10 year possible sentence and a $25,000 fine.

During the three-week trial, which began April 9, prosecutors presented a slew of witnesses to convince the jury that 79-year old Cosby is a serial predator who has has sexually assaulted countless women over the years, including Andrea Constand.

Best known as America’s favorite dad, Heathcliff Huxtable from “The Cosby Show,” drugged and sexually assaulted the former Temple University Director of Operations for women’s basketball. Constand was one of 50 women who have accused Cosby of sexual assault. Hers was the only case still open for prosecution.

Cosby was on trial for three counts of aggravated indecent assault against Constand, stemming from a 2004 encounter. The comedian acknowledges sexual contact took place, but says their interaction was consensual.

Constand has maintained that Cosby drugged her and sexually assaulted her. Prosecutors brought in five women to testify who have brought claims against Cosby similar to Constand’s.

The jury, made up of seven men and five women, came to a decision after the first trial ended in a deadlocked jury. Prosecutors decided to retry him.

Sentencing will come from Judge Steven O’Neill and will occur within 90 days. He can receive a maximum of 30 years, 10 years for each of the three counts. Cosby’s defense team will likely ask for probation or minimal jail time and of course, appeal the decision. His lawyers have stated that has several health problems including losing his vision.

The women who have accused Bill Cosby of sexual assault have begun to speak out and share their thoughts on the guilty verdict.

“I feel like I’m dreaming, Can you pinch me? … I feel like my faith in humanity is restored.”