‘Mr. Soul!’: Documenting the best Black television show ever and you’ve never even heard of it

Soul! had every Black superstar alive on its stage. 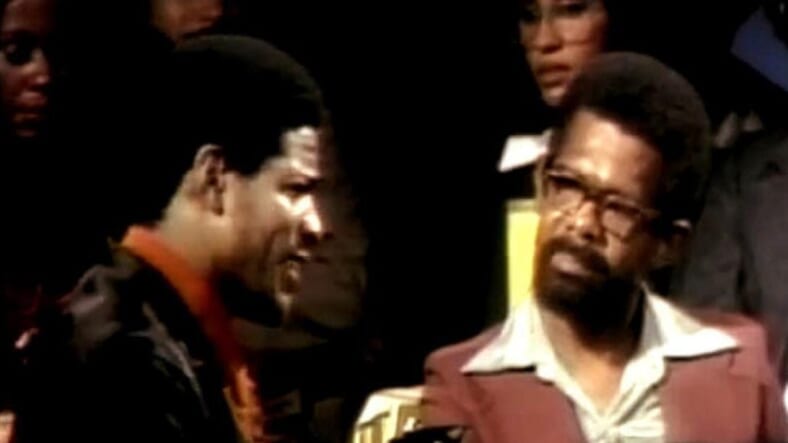 It’s impossible to walk out of the film Mr. Soul! without feeling a deeper love and appreciation for the genius and creativity of Black culture. The documentary is a loving tribute to the brilliance of Ellis Haizlip and his television show Soul!, which was steeped in every facet of  Black excellence.

Haizlip’s niece, Melissa Haizlip, is the producer and director of the documentary, which might be part of the reason that the film has an intimate, familial tone. The documentary beautifully weaves back and forth through time to tell the story of how Haizlip and Soul! came to be and how they were both lost to history in some ways.

A Capsule of Black Excellence

Numerous classics in dance, film, music, and literature were created in that time period and Haizlip–being leaps and bounds ahead of his peers–had the wherewithal to capture all of that Black power on tape. Many fledgling artists who went on to become legends, made their live national television debut on Soul! Patti Labelle (who was the very first musical guest) and Ashford and Simpson were all doe eyed newbies to live television when they walked on the Soul! set.

Haizlip had an eye for talent. A teenaged Arsenio Hall appeared on the show as magician. One could make the argument that a baton of sorts was passed in that moment. Decades later, Hall continued along the path blazed by Haizlip, helming his own much heralded talk show that highlighted countless Black creatives.

The documentary is a labor of love that has been years in the making.  The story is told on screen  through numerous interviews with celebrities associated with Soul! and Haizlip’s inner circles, amazing archival footage from the show, family photographs, and Blair Underwood’s narration speaking in first person as Haizlip.

Viewers get a sense of the energy of Soul! and a peak into the life of a man who grew up in a modest D.C. neighborhood and went on to produce James Baldwin plays in Europe, manage Alvin Ailey productions and of course create the masterpiece known as Soul!

Over the course of five years, 130 hour-long episodes of Soul! aired showcasing a veritable who’s who of Black culture: Stevie Wonder, Farrakhan, Harry Belafonte, Toni Morrison, Donny Hathaway, Nikki Giovani, Earth, Wind, and Fire, Maya Angelou…If I were to list every luminary who graced the Soul! soundstage, it would be longer than the review itself.

It sounds too good to be true and like a lot of people at the Tribeca Film Festival screening of Mr. Soul! I attended, you are probably wondering why you have never heard of this amazing cache of Black beauty.

Part of the answer to that question is the fact that it was a PBS show filmed at New York’s WNET13 station. The show was offered on a national scale, but local providers could opt out of showing it and some less progressive markets did just that.

Soul! was taking on artists and guests that other shows would not dare touch. This was the show where the Last Poets performed Die N***a!!! live and where Haizlip (who was an openly gay Black man) asked Farrakhan to his face about the Nation of Islam’s stance on homosexuality. Not everyone was ready.

Additionally, there was a concerted (and ultimately successful) effort to get Soul! defunded. The documentary includes a White House recording of then-president Richard Nixon demanding that funds be cut from more progressive platforms.

Once funding was cut, that spelled the end for Soul! For decades, the only people lucky enough to know about Soul! were largely just the people who saw it live on the air or who worked on the show.

Melissa Haizlip and her co-director Samuel D. Pollard are here to change that. They have spent the past few years tracking down not only the people associated with Soul!, but the actual footage itself. Some of the episodes are lost forever because there was no major effort to archive the live footage at the time.

Many episodes do remain though and it is a treat to see clips of them on the big screen in the documentary. The energy of those moments has travelled through time without missing a thing. It is exhilarating to watch.

Ellis Haizlip passed away in 1991 at the age of 61, having given the world numerous, priceless cultural treasures.

Melissa Haizlip is making the rounds at film festivals and is using the documentary to bring attention to her uncle and his work. One day, she hopes to gather enough footage and get all the necessary permissions to re-air the show and offer all the episodes for purchase so that Haizlip and Soul! will get the acclaim they deserve.

Visit the official Mr. Soul! website to get updates and to the ongoing efforts to preserve Soul!