Add sleeping to the growing list of things not to do while Black. 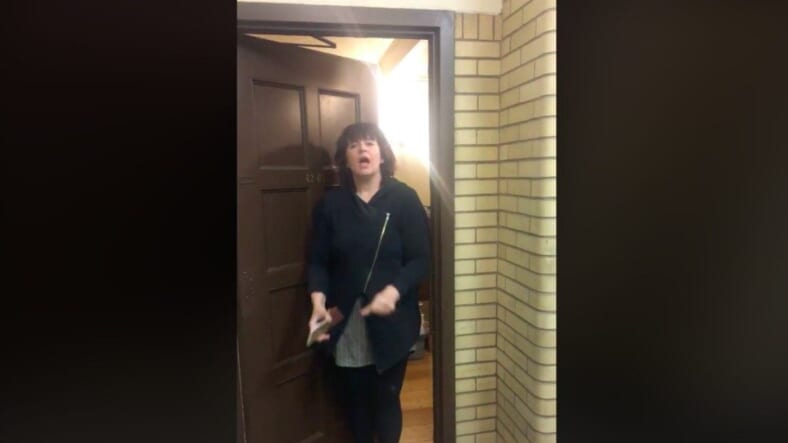 Black Yale teaching fellow Lolade Siyonbola says her white neighbor took the extreme measure of calling the police when she fell asleep in the common area of the building where they both live.

Siyonbola uploaded two videos to Facebook. One showed the neighbor filming her and telling Siyonbola that the common room is not for sleeping. The other video was of her interaction with police once they arrived.

Siyonbola captioned both videos with “This “person” called the cops on my friend a few months ago for getting lost in my building. Today she messed—again—with the wrong one.”

“Messed with the wrong one” indeed. According to her LinkedIn profile, Siyonbola is on the advisory board of Black Women’s Blueprint, which she describes as “Meaningful work around demanding accountability for the injustices served to Black Women.” She is also the co-founder of  the Yale African Graduate & Professional Students organization.

From her background, she seems well-equipped to have this situation addressed in the proper channels.

In the second video, which is nearly 18 minutes long, Siyonbola is seen interacting with a total of three officers as they attempt to verify that she is supposed to be in the building. She demonstrated that the had a working key to her apartment, they ran her ID through the system and saw that she had an active Yale email address, but she was not in the security system for some reason.

Ultimately, they determined that her name was misspelled in the system and that is why they could not initially verify that she was an active, enrolled student.

For the most part, her interactions with the police officers remained calm, but she did have the following somewhat terse exchange with a Black male officer who was dispatched to the scene before they figured out the misspelling issue:

Siyonbola: “I’m a free citizen and I do what the hell I want in this building.

Siyonbola: Continue. I hope that makes you feel powerful.

Officer: “It’s not about feeling powerful. It’s about getting down to the bottom of this. We don’t know why you’re not in the system and you’re not being very helpful right now.”

Siyonbola: “You wouldn’t be very helpful either if you were woken up and harassed.”

The officer went on to explain to Siyonbola that her neighbor calling the police on her did not constitute harassment. Siyonbola went on with her evening once her ID was returned and promised viewers of the video that there would be more to come from her on the situation.