Donald Sherman was just trying to give his sick son some air. 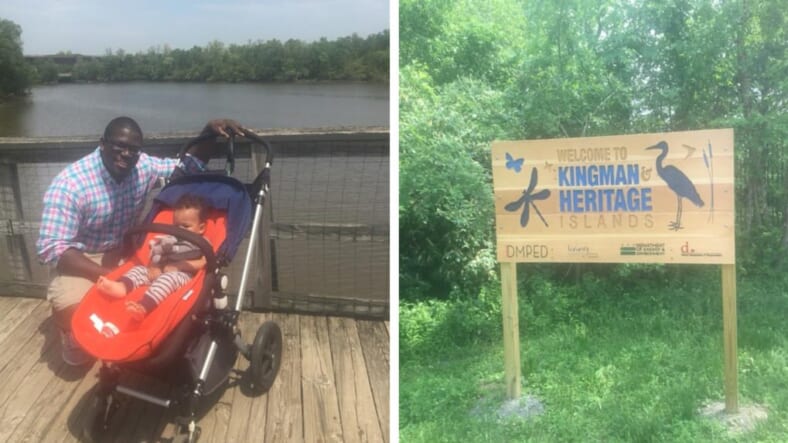 Another day, another “Let’s call authorities on Black people for no reason” story. Today’s story comes from a dad in Washington, DC.

Donald Sherman‘s little boy had a fever, so he stayed home with the tike and decided to take him out for some air at a nearby park, Kingman Island. There was nothing out of the ordinary, just a dad pushing his son in a stroller.

But half an hour into his walk, a security officer in a marked vehicle flagged him down and told him that a woman called in to say that there was a “suspicious man” walking with a baby on the path.

When the woman was asked to describe the man’s race, she reportedly declined to do so. Lucky for Sherman, the security officer did not press him, detain him, or call the actual police. She simply let him know that someone had made a complaint about him.

Sherman is pretty sure the complainant was a white woman on a bike who passed by him and his boy a little earlier. He took to Facebook to explain the situation and why it’s so dangerous to call police or authorities on Black people for no reason.

“If this complaint had been made to a different security officer or an actual cop, things could have gone very differently. This is exactly why we have to talk about white privilege and why black lives matter,” he wrote. “Because at any point doing any thing anywhere my safety and my child’s safety could been in jeopardy because some well intentioned complaint. But today is a good day, so we are gonna finish our stroll.”

Add pushing a sick kid in a stroller to the long list of “suspicious” behavior of Black folks. Tuck that somewhere in between napping, renting an Airbnb and sitting in a Starbucks.