EXCLUSIVE: Evelyn Lozada shares advice for Emily B and reveals: “I left because the world knew my secret”

Lozada shared her real reason for leaving Chad Ochocinco after he head-butted her. 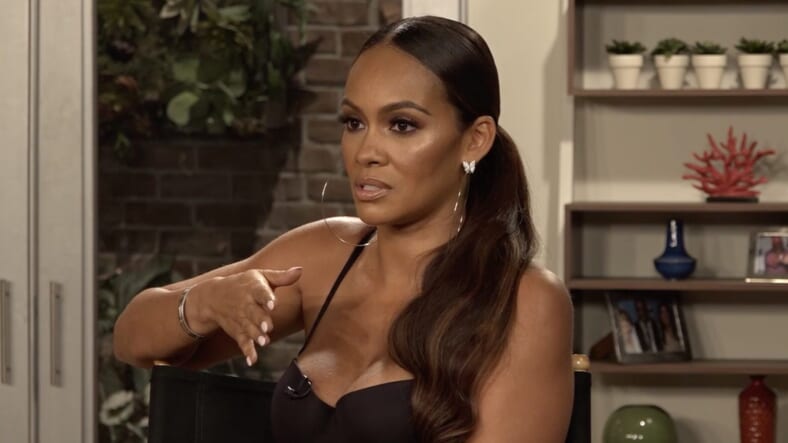 Basketball Wives is back for a twelfth season and Evelyn Lozada is holding nothing back as she returns to the series that she started starring in eight years ago.

During an exclusive interview with TheGrio, our host Cherise Nicole chatted with Evelyn and the show’s creator, Shaunie O’Neal, about how they handled their breakups with the whole world watching.

Shaunie O’Neal explained that she pitched the show prior to filing for divorce from Shaquille O’Neal and she’s grateful that social media wasn’t as popular as it is today when the world learned her superstar husband was a serial cheater.

“For Shaquille and I, there wasn’t Instagram and Twitter was brand new so Thank God. It was public enough just going on a blog but I didn’t have to deal with people’s comments directly to me,” she said. “I don’t need the world commenting on how I’m supposed to feel. You can’t tell me how to feel about my husband or boyfriend. Until it clicks with you, who are we to judge?”

Lozada shared a similar sentiment when discussing her reaction to being cheated on in the past.

“I feel like I’m the last person to judge anybody’s relationship because you don’t really know what’s going on. It took me time to leave,” she said about her ex, Antoine Walker. “I was with my fiancé for ten years and a lot happened during those ten years.”

She also showed support for Khloe Kardashian who has decided to try to work things out with Tristan Thompson even after he was busted for cheating on her a day before she gave birth to their daughter.

“When it comes to Khloe, she just had a baby. That’s not an easy situation that she’s in and we’ve all been there,” she said. “Probably not on that scale, but hurt is hurt and pain is pain.”

Evelyn Lozada revealed that a big reason she left Chad Ochocinco after he head-butted her in 2012 was because she knew the world was watching her every move.

Johnson was arrested after the incident and Lozada filed for divorce from the football star just 41 days after they were married. While plenty of fans are wondering why Emily B would stay with a man who abuses her, Lozada explains that it can be hard to move on if you’re not ready.

She also shared her advice for Emily B, who is currently standing by her man, Fabolous, despite the fact that he’s facing charges for beating her up.

Check out the interview above to find out all the ways Shaunie and Evelyn busted their exes for cheating before DMs were a thing.