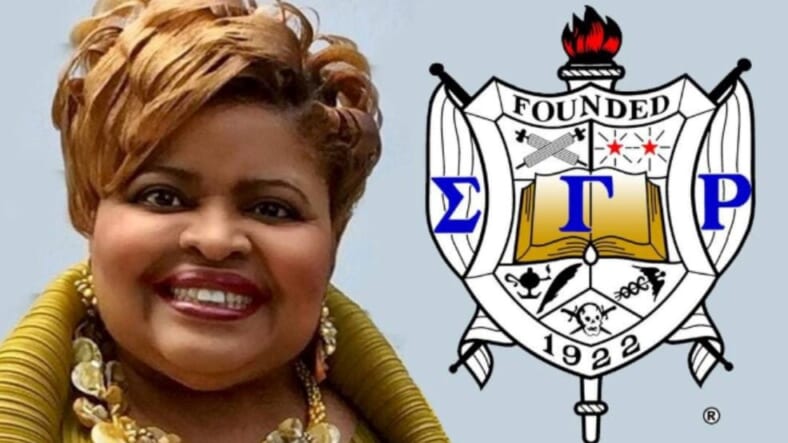 Members of Sigma Gamma Rho sorority were performing community service by cleaning up the area around the 13th Street exit of Highway 83 in Harrisburg last Saturday when a state trooper pulled up behind the group of young women and asked them if they were fighting.

“I’ve never seen anyone out here cleaning and I’m responding to a call,” the trooper said, according to the post.

Naomi and the other sorority members explained who they are and that they’d just finished cleaning up needles, bottles, diapers and other trash, according to the post. The trooper asked for their identification and schools to which they responded with information about their professions and other details, Naomi posted.

The trooper then ran their identification through his system and handed their cards back, Naomi posted. It was only then that he commended the young women for their “great work.”

“We are on the side of the road with your car behind ours with your lights flashing, drawing attention to us in a negative way and all we were trying to to (was) serve the community,” she wrote, adding the situation made her eyes well up. “I just had to walk away. At that point the trooper couldn’t and didn’t say anything.”

And now Deborah Catchings-Smith, International Grand Basileus of Sigma Gamma Rho, has released an official statement from the venerable sorority.

“We ask that the Pennsylvania State Highway Patrol immediately issue a public apology to the members o the sorority questioned, have a renewed commitment to becoming a part of the community they police through diversity training and attend town hall meetings.”

She also confirmed that the sorority members had received approval to clean the stretch of highway sponsored by Sigma Gamma Rho.

“It is equally troubling that the trooper was unaware the chapter had contacted the Pennsylvania Department of Transportation to inform the department of its project to beautify the highway.”