Nursing student says university is penalizing her over her natural hair 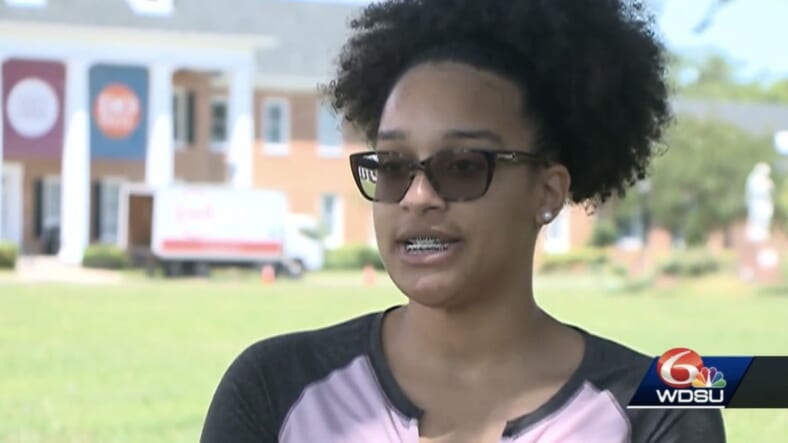 Jade Payadue had to put her nursing dreams on hold at the University of Holy Cross after her natural hair was found to be in violation of the school’s rules, which she says forced her to leave the program or suffer the consequences.

She is now pushing for the school to reform its hair policy saying she felt forced to leave the nursing program and defer her lifelong dreams, reports WDSU.

READ MORE: Will Smith says don’t get it twisted about his marriage to Jada

“I want to see not only changes here, but in every workplace and every university. I don’t want other women to go through what I’ve gone through,” Payadue told the station.

Payadue took classes at the school and started her clinical rotations. There was a white coat ceremony to celebrate her achievements, but that day of, she said she was told her hair was too big and she needed to fix it.

The University of Holy Cross has a hair policy which states: “When in lab coat or uniform, hair must be neat and may not extend below the bottom of the collar of the lab coat or uniform. Therefore, long hair must be secured above the collar, off the neck and shoulders and appropriately contained at the back of the head. If the hair is ‘put up’ the hair may not be higher than four inches. Hair must be clean with the appearance of being shampooed regularly.”

Payadue took up the issue with university administrators, including the school’s provost, instructors and the head of the department, she said.

As a result, she was given an ultimatum: either stay, sign a contract, and attend counseling sessions and be placed on probation, or she could withdraw from the university without penalty.

“If I didn’t withdraw from the program and I signed that contract, and they found one reason to expel me from the program, that meant I would not be allowed to enroll in another nursing program in the state of Louisiana for five years,” Payadue said.

With those options Payadue says she felt like she had no choice but to drop out of the program.

Now she wants the school to review its police and make it more inclusive.

“I’m really concerned about making things different for all Black women, all women of color, who are constantly being told the way they were born is not appropriate or not professional,” she said.

READ MORE: Debra Lee steps down from BET after 32 years at the network

“The University of Holy Cross expects all of its students, while doing their clinical rotations at various hospitals throughout the New Orleans area, to comply with Holy Cross’s rules and regulations. Those rules and regulations take into account those of the hospitals where its students perform their clinical rotations. The hair rule about which a nursing student complained is for the safety of the nursing students.”