Homeless to Harvard: The story of Richard Jenkins is the inspiration you need today

We always love to read about #BlackBoyJoy. 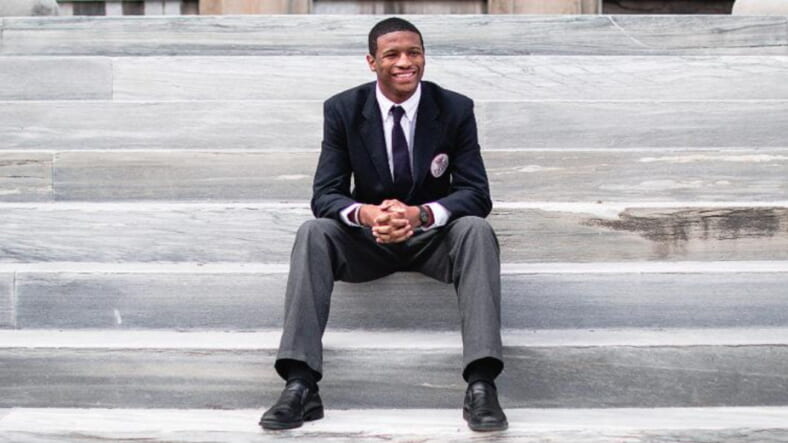 From the tough Philly streets to the Ivy League elite, Richard Jenkins overcame a troubling childhood and beat the odds to land a full-ride scholarship to Harvard, reports CNN.

The 18-year-old school senior was relentless in his academic pursuit and stayed the course in school, even as he faced homelessness, medical issues, and constant bullying in classes.

Jenkins said he and his mom and brothers lived in shelters after their home was foreclosed on and they bounced from state to state trying to find their way until they ended up in Philadelphia.

He used his negative experiences as a catalyst to ignite his dreams of one day going to college, so he studied very hard.

Jenkins was always a smart, eager student he says, but it helped when his mom placed him in Girard College, a local boarding school for gifted students.

At Girard, Jenkins was able to soar. Focused his interests on the areas he loved, he joined the mock trial program, the World Affairs Council and the basketball team. He also started Makers’ Space Club, an area with 3D printers, sewing machines and other DIY equipment students can use to bring their ideas to life.

“He is so creative and he loves taking the initiative to do something,” said Hye Kyong Kim, a tech coordinator at the school, who had Jenkins as one of her students.

When it came time to applying for colleges he went to the top tier schools. He was waitlisted at the University of Pennsylvania and denied entrance into Yale.

“I thought, ‘Alright, time to start looking at other school options,'” he said.

But then he opened a very special email.

“Then I opened up Harvard and threw my phone because I saw the word ‘welcome.'”

READ MORE: Debra Lee steps down from BET after 32 years at the network

He called his mom Quiana McLaughlin to tell her the good news.
“I think I said, ‘I told you so,'” said McLaughlin, laughing. “I just had a feeling he would be accepted. He had all the qualifications.”

Jenkins, who will graduate as valedictorian in June, was offered a full-ride to Harvard. He will study computer science, with a special interest in artificial intelligence.

He also has a keen interest in the Japanese culture and will take Japanese language classes and learn Kendo, a martial art involving bamboo swords.

“I just want him to find success, however he defines it for himself,” said his proud mom.

His godfather, Donald Kinsey Jr., created a GoFundMe to help Jenkins buy a few things for college, such as new clothes and a tablet computer.

“He will work his way through college, pay for his expenses himself and won’t ask or need anyone’s help,” Kinsey said. “I’m creating this campaign because Richard Jenkins III deserves a reward.”