The cost of cancelling Roseanne: ABC put morals over money…or did they? 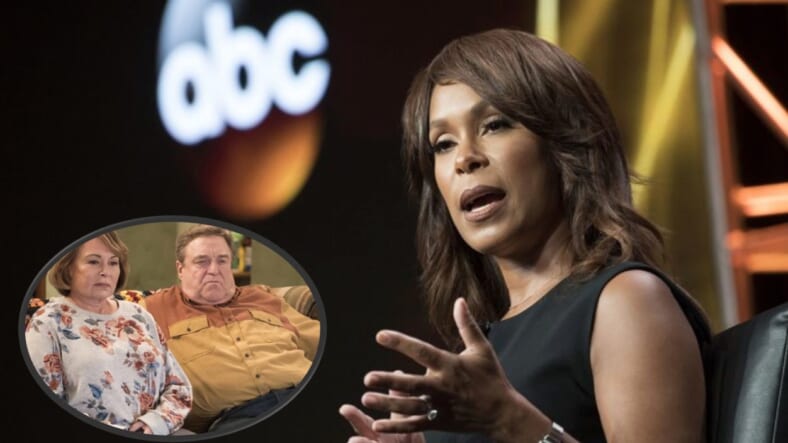 When ABC responded to Roseanne Barr’s most recent racist remarks by cancelling her hit show, Roseanne they were instantly applauded for the bold move that seemed to put morals ahead of money. The network’s breakout hit had been spewing “bad jokes” or “undeniably racist ideals” since its March premiere but something about this particular offense from the staunch Trump-supporter crossed a lethal line that may have been drawn a bit too late.

As soon as the reboot of the beloved 90’s sitcom premiered to record-breaking ratings, its supporters shrugged off mind-blowing incidents of blatant racism as being appropriate for the fake characters on the show and demonstrative of what the fictionalized Conner family would say.

The network encouraged viewers to separate the personal views of the show’s executive producer and star, Roseanne Barr, from her Roseanne character.

Everything changed on Tuesday morning when Barr’s racist tweets about for Obama senior advisor Valerie Jarrett went viral. By mid-morning, consulting producer Wanda Sykes had announced she was quitting the show via social media.

I will not be returning to @RoseanneOnABC.

The network announced it was canceling the series several hours after the controversy erupted.

“Roseanne’s Twitter statement is abhorrent, repugnant and inconsistent with our values, and we have decided to cancel her show,” ABC Entertainment president Channing Dungey said in a statement.

“There was only one thing to do here and that was the right thing,” said Bob Iger, ABC chairman and CEO of The Walt Disney Company.

Celebrities like Debra Messing, Shonda Rhimes, and others responded swiftly and mercilessly as did her co-star and executive producer, Sara Gilbert whose sentiment echoed that of the networks.

Why wasn’t it enough that the reputation of the network that brought us Shondaland was being tarnished by Roseanne’s racism week after week since its debut? Why did it take a direct shot at one of the most respected and influential Black women in the country for them to define that line?

There was absolutely no way ABC could finesse its way around keeping Roseanne on the air after the comments she made from her personal account emerged. The fact that the comments were not made on the show made them even more indefensible. Some argued the racism exhibited on the show has a place in entertainment that is as important as it is disgusting in terms of representing a very real segment of our society who does indeed think, talk, live, and vote very much like the deplorable characters on the show. This was the bedrock of ABCs previous defenses of the show’s more nauseating storylines about their Muslim neighbor and the Black-ish and Fresh Off The Boat digs.

Would another attempt to ignore the severity of Barr’s offenses and minimize the message of approval they send each time they support this woman’s hateful rhetoric by helping her reach millions people each week be tolerated by ABC’s other assets that are by and about minorities? Would Kenya Barris and the cast of Black-ish really stick around a company that cosigned Barr’s poisonous words? Doubtful. Could their continuing support of Roseanne even have led to the exit of one of their greatest assets of all, their president Channing Dungey.

The thing is, ABC had the opportunity to take a moral stand several times in the past. They avoided taking action because they could. There was no question about Barr’s personal beliefs and tendency to mislead followers with conspiracy theories and commentary deeply rooted in white supremacy when they decided to greenlight the reboot. Even if they believed they were taking a leap of faith, Barr and the show repeatedly proved they were indeed reckless and irresponsible.

While ABC’s decision to condemn Barr’s remarks, cancel the series and suspend its For Your Consideration Emmy campaign was absolutely a step in the right direction and a powerful statement to the rest of Hollywood to follow suit, they’re not innocent.

ABC let Roseanne gain this platform and use it to spread messages of hate and intolerance. They didn’t reel her in the first time she showed her true colors. Barr wasn’t deterred by the prospect that countless job losses would be suffered by the crew and other employees of the show if she went off the rails, and so she continued, her disgusting statements gaining momentum each week the ratings continued to pour in.

In a nutshell, ABC has been playing in the mud with racists because they were tuning in to their show and because the current state of society encourages outrageous demonstrations of hate.

Another telling fact is the network’s decision to pull an episode of Black-ish that was centered around Colin Kaepernick and the Take a Knee movement. Network executives seem to have calculated that offending the NFL and gambling with the ratings and ad dollars earned from airing football games and The Super Bowl would be far more costly than losing a successful series. Had the stakes been higher, it’s unlikely the network would have made this move. The rationale behind representing opinions that aren’t necessarily popular or consistent with the network’s beliefs didn’t apply to Black-ish.

While at first glance, ABC (Disney) seems to be putting their morals ahead of money by cancelling the super successful show, chances are it would have lost out on way more money in the long run if they kept Roseanne going and lost support for African-American focused franchises like Black Panther, Black-ish, and any Shondaland titles. Black folks have proven that we are a viable audience worth catering to and networks across the board have been working to better serve that community through an increase in content, marketing efforts, and more diverse and provocative lineups. This was a moral victory for ABC but it wasn’t made with at expense of their bottom line.