Ex-police officer hit with 35 years after crashing into 5 kids, killing 1 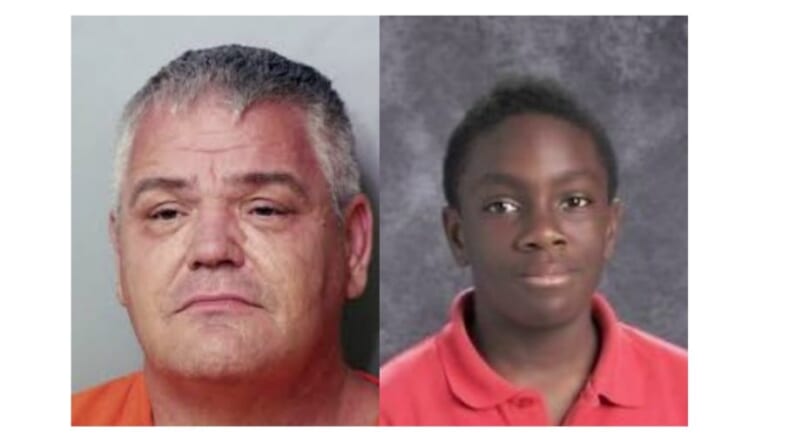 This past Thursday, an ex-Florida law enforcement officer was sentenced to 35 years in prison for an “alcohol-fueled crash that killed a 13-year-old boy and injured four others,” reports the Atlanta Black Star.

Last year, John Camfield, 50, plowed into five students at a bus stop, killing Jahiem Robertson, who was a student at Dundee Ridge Middle Academy. Robertson was walking from school, according to the Atlanta Black Star’s report.

READ MORE: New report reveals that Blacks are 85% more likely to be pulled over in Missouri

Back in February, the former police officer who also served in Mississippi “entered an ‘no contest’ plea to DUI manslaughter and vehicular homicide,” as reported by WFTS Tampa Bay, a local station.

During his sentencing, Camfield refused to take responsibility for the fatal crash, instead placing the blame on a medical condition:

“I had no way of controlling the events that occurred on April 27,” Camfield told the judge, adding that he had “no recollection of the accident at all.”

Jaheim’s mother, Robin Robertson, expressed a “sense of relief” with Camfield’s 35-year sentence, but said it still doesn’t bring her son back.

“You left my son like an animal on the side of the road he was in his school clothes and didn’t even come home for dinner that night,” Robertson said at the hearing. “Like I always waited for him and waited for him and he never came home.”

Following Camfield’s sentencing, Jaheim’s father Allan Robertson, told Spectrum News 9: “…I think I would have felt better about him had he said, ‘Look I drank, this happened, I’m sorry.’ Hold himself accountable. He didn’t do that.”

He added, “I’m glad the judge saw it for what it was and he dished out the sentence that he truly deserved.”