According to Ye, the feud is officially over. 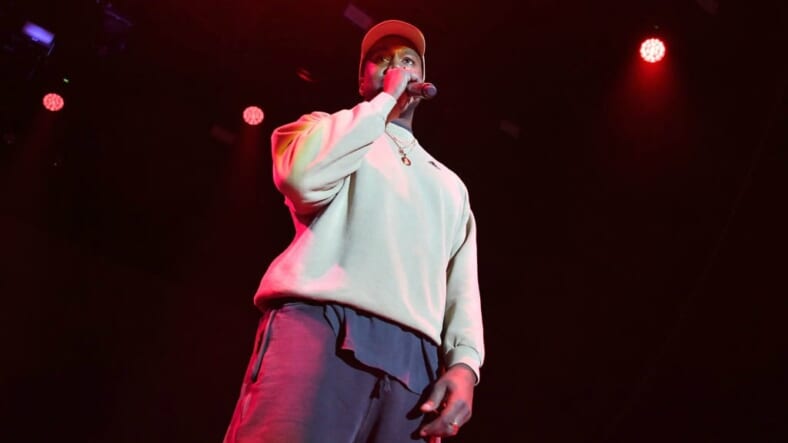 Are you Team Drake? Or Team Pusha-T?

Breaking his silence, rapper Kanye West took to Twitter on Friday to weigh in on Drake and Pusha-T’s ongoing feud:

“If you rebuke me for working with someone else on a couple of V’s, what do you really think of the nigga that’s making your beats?” raps Drake. “I’ve done things for him, I thought that he never would need/Father had to stretch his hands out and get it for me.”

Drake, whose fifth studio album, Scorpion, is slated for a June release, later hit Pusha-T with an invoice for $100,000, citing “Promotional assistance and career reviving” as reasons.

But the rappers’ feud only escalated from there when Pusha-T dropped “The Story of Adidon” on Tuesday (May 29), using a photo of Drake in blackface dating back over a decade ago.
“Confused, always felt you weren’t Black enough/Afraid to grow it ‘cause your ‘fro wouldn’t nap enough,” Pusha-T raps over JAY-Z’s “The Story of O.J.” track, before alleging that Drake fathered a child with a porn star.
READ MORE:Whitney Houston family member defends Kanye West about controversial album cover
On Wednesday, Drake attempted to explain the controversial blackface photo. Part of his statement reads:
“This picture is from 2007, a time in my life where I was an actor and I was working on a project that was about young Black actors struggling to get roles, being stereotyped and type cast. The photos represented how African Americans were once wrongfully portrayed in entertainment. Me and my best friend at the time Mazin Elsadig who is also an actor from Sudan were attempting to use our voice to bring awareness to the issues we dealt with all the time as black actors at auditions.”

Let’s hope that ‘Ye’s comments diffuse the tension between the rappers.