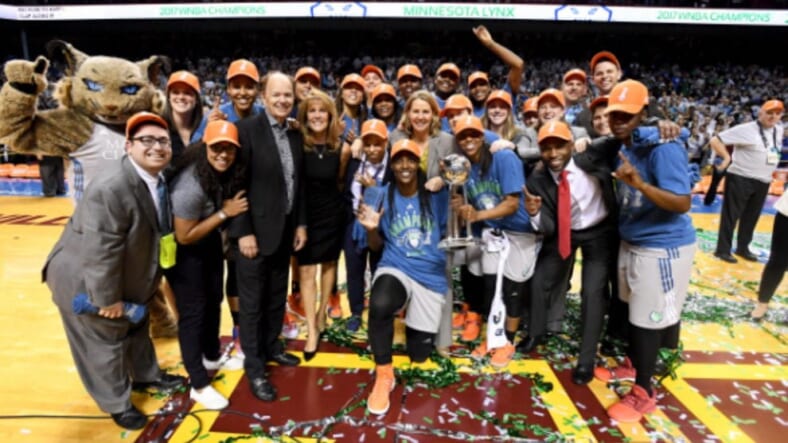 The WNBA champions Minnesota Lynx are unbothered by President Trump’s refusal to invite the team to the White House after their victorious win. Instead the champions will serve the Washington D.C community by doing charitable work, reports The Hill.

The Trump administration has added the Lynx to a growing list of uninvited sports champions he doesn’t want to welcome to the White House because he believes they disagree him. Recently he called off an invitation for the Philadelphia Eagles to celebrate their Super Bowl victory at the White House. The decision drew criticism from fans and the Philly Mayor.

On Tuesday morning after the White House disinvited the Eagles Philadelphia Mayor Jim Kenney spoke out.

The Lynx players will partner with the nonprofit organization, Samaritan’s Feet Shoes of Hope Distribution. Together they will give shoes to deserving children, as an offshoot to their victorious WNBA win. The event will take place at Payne Elementary, the team said in a press release.

Payne Elementary is a Title 1 school, where 30 percent of the students are homeless and 100 percent fall under “low income status,” according to the press release.

Brands such as Nike, Jordan Brand and DTLR Villa are participating in the community service event and have donated new socks and shoes to the 340 students at Payne Elementary. And in the spirit of being loving those children from head to toe, they will also wash the children’s feet.