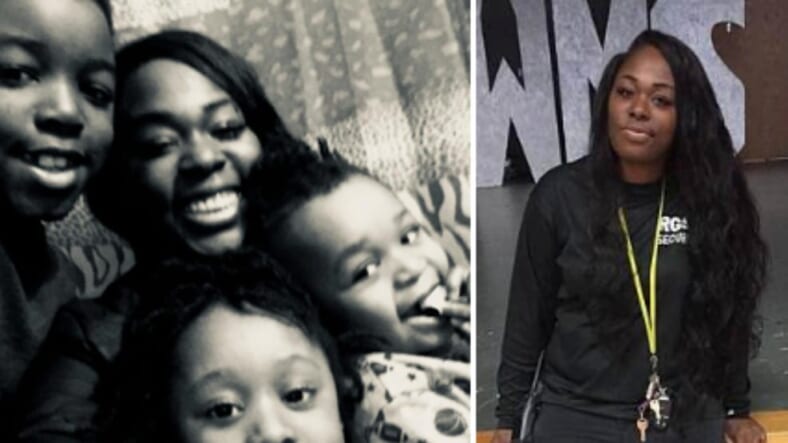 A brave eight-year-old Missouri boy saw his mother get shot to death but his quick thinking to hide his siblings likely saved their lives.

On Monday, Porsha Owens was shot after a man approached the 28-year-old mother and her kids and tried to carjack them. Owens was reportedly headed toward her car to take her kids to daycare.

The carjacker, with a shirt over his head, demanded to Owens: “Give me your money and your car keys.”

When Owens refused, he shot her. After he failed to start the car he fled on foot. Owens’ eight-year-old son grabbed his siblings—a five-year-old sister and three-year-old brother—and hid under the car. The boy saw police coming and waved them over to the crime scene where he mother laid on the ground.

Owens was transported to a local hospital where she died from a single gunshot wound.

The boy’s great-grandmother Fannie King, said he understands the gravity of the situation.

“I talked to the children,” King told the St Louis Post-Dispatch. “The two smaller ones, they don’t comprehend she’s not coming back. The older one, he knows.”

Owens not only was a loving and dedicated mom, King said, but she was a security officer for the Riverview Gardens School District.

The school released a heartfelt message on their Facebook page.

“Officer Owens was a treasured member of the RGSD family, who worked diligently to build positive relationships with scholars and staff. We are working with her family to make sure they receive the support they need,”  the statement read.

At this time there are no suspects. Police are still investigating.