Immigrant children cry and plead in terror as they are taken from their parents at the U.S.-Mexico border 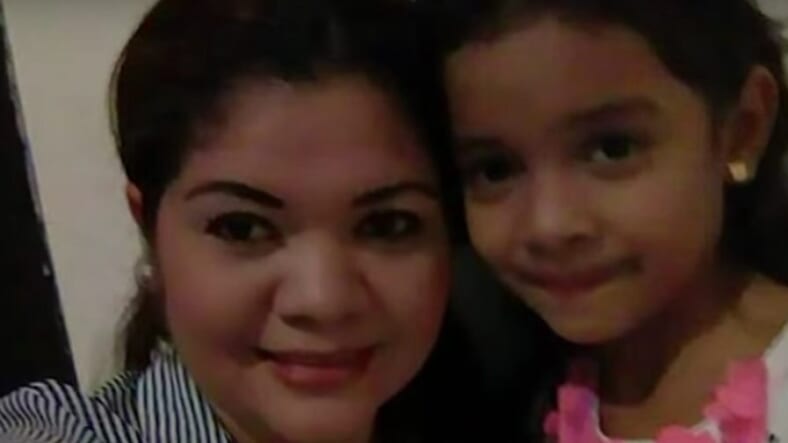 On Monday, ProPublica released a heart-breaking nearly eight-minute audio recording of children crying and pleading at the U.S.-Mexico border moments after being stripped away from their parents’ arms.

The inconsolable children wail and weep begging for their parents and other family members. One child desperately pleads in Spanish to speak to her aunt and even provides the customs agents with a phone number. ProPublica has identified that child as six-year-old Alison Jimena Valencia Madrid.

According to ProPublica, the audio was recorded last week at a U.S. Customs and Border Protection detention facility. An unnamed source gave the recording to civil rights attorney Jennifer Harbury, who in turn released it to ProPublica.

Reportedly, the person who recorded the audio does not want to be identified for fear of retaliation. The ProPublica report, however, did included additional context from the source. The children were allegedly between the ages of 4 and 10.

“It appeared that they had been at the detention center for less than 24 hours, so their distress at having been separated from their parents was still raw,” the ProPublica report said. “Consulate officials tried to comfort them with snacks and toys. But the children were inconsolable.”

ProPublica made contact with little Alison’s aunt, the relative she was desperately trying toncontact in the audio. Unfortunately, the aunt said she is not able to help the little girl because she and her own child are seeking asylum themselves. She noted to ProPublica how difficult it was to hear her niece promise to behave if her aunt would just go get her.

No amount of good behavior will guarantee that little girl or the thousands of other children snatched from their parents at the border a reunion with their families. This audio and the countless pictures and videos of family separations at the U.S.-Mexico border are the result of the Trump administration’s “zero tolerance” policy that literally rips children from the arms of their parents.

This is all allegedly in an effort to stop illegal immigration and whatever ills Trump and his ilk have ascribed to that this week. (When he was campaigning, Trump said Mexican immigrants were drug dealers and rapists.)

The release of this particular audio was impeccably timed. Journalists at the White House were listening to the recording in the minutes leading up to a briefing by Department of Homeland Security Secretary Kirstjen Nielsen.

Reporters are listening to audio of kids crying in border patrol facility, moments ahead of press briefing @ProPublica pic.twitter.com/h4d8lGVLXj

Nielsen, from whom Senator Kamala Harris has demanded a resignation, somehow blamed Democrats for Trump’s policy and placed the onus on Congress to patch “legal loopholes.”  She also said smugglers and traffickers were using children to illegally enter the country and insisted that the only thing this administration is doing differently is enforcing the letter of the law.

“We are trying to protect the children, which is why I’m asking Congress to act,” said Nielsen. “We are a country of compassion. We are a country of heart. We must fix the system so that those who truly need asylum can in fact receive it.”

According to ProPublica, since Trump launched his “zero tolerance” immigration policy, more than 2,300 immigrant children have been separated from their parents.