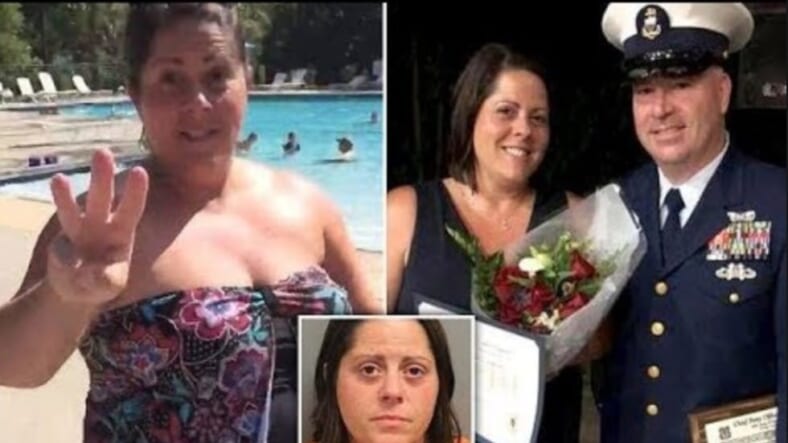 A white woman who was caught on video harassing and hitting a black teen at a pool has been arrested for defiantly biting police and resisting arrest, reports the NY Daily News.

Stephanie Sebby-Strempel can be seen slapping the South Carolina teen and berating him and his friends. She interrogated them, hurled racial slurs and went on a tirade trying to force them to leave a pool.

—OPINION: Ya’ll Tripping: Maxine Waters and the “Angry Auntie” antics are EXACTLY what we need to fight Donald Trump—

The woman told the 15-year-old teen and his friends, “they did not belong and they had to leave’ a pool in Summerville on Sunday.

Sebby-Strempel called police, like white people seem to constantly do these days, but instead, she was arrested for assault. On the disturbing viral video, the angry woman can be seen striking the teen as he tried to record the confrontation and chases them out the pool exit.

The teens said they were trying to be respectful and leave and then the woman started calling them punks and making racist remarks.

When police tried to arrest Sebby-Strempel, she resisted. Then she tried to fight the two police officers. She pushed one into a wall, hurting his knee and bit the other cop on the arm, breaking his skin and leaving a mark.

A police incident report read: “Sebby-Strempel is clearly the aggressor in the assault even going as far as to continue to assault the victim as he was walking away from her,” the incident report said, according to the Charlotte Observer. The report also says Sebby-Strempel and “hit him in the face at least twice.”

The Facebook video has not been viewed over 500,000 times.

Sebby-Strempel has since been charged with third-degree assault and two counts of assaulting a police officer while resisting arrest.

Internet sleuths found out that she is a skincare consultant for Rodan & Fields and she appears to have a partner who is in the Navy.