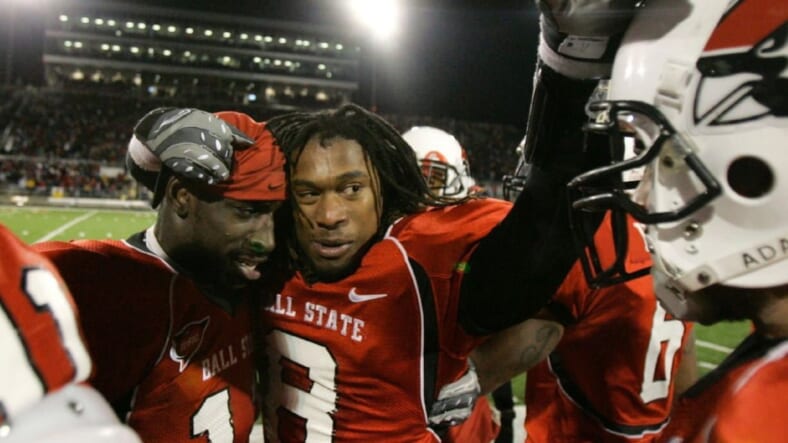 A Chinese court handed Wendell Brown, an ex-college football player, a four-year prison sentence Thursday for being involved in a bar brawl.

Brown’s attorney Wu Junmei said he will appeal the heavy-handed sentence and argue that his client was simply raising his hands in self-defensive after being attacked. Junmei said Brown, a Detroit native, was in China teaching about American football and was arrested in 2016 for a bar fight. Brown, who previously played for Ball State University in Indiana, was charged with intentional assault but denies ever hitting the man.

After a brief hearing, the Chongqing city judge handed down the excessive sentence for the altercation.

Brown was accused of seriously injuring a man’s eye after someone threw a bottle at him. The man had to have his eye removed. The man demanded $100,000 or said he would take the case to court.

“I still don’t understand: he is guilty of what?” Brown’s mother, Antoinette, said by phone after the verdict. “It was all about the money. It was a clear shakedown. It’s unfair justice.”

“Four years for a fight in a bar is extremely unjust and excessive,” said John Kamm, a San Francisco-based activist. Kamm lobbied on behalf of Brown and often meets with Chinese officials seeking clemency for political prisoners.

Brown has been detained in China for the last 20 months. According to the Associated Press, China sometimes makes concessions and will deport foreigners after a conviction. It’s unclear if they will follow-through in this case.

“We are aware of reports that Mr. Brown has been sentenced to four years,” a spokesman at the U.S. Embassy in Beijing said Thursday to the Associated Press. “The Department of State takes seriously its duty to assist U.S. citizens abroad. We continue to closely follow his case.”

Brown intends to appeal the sentence.