Serena Williams speaks on tennis career: “I feel like nothing’s going to stop me”

The G.O.A.T. sat down with Zac Posen for the final episode of the Yahoo Lifestyle miniseries. 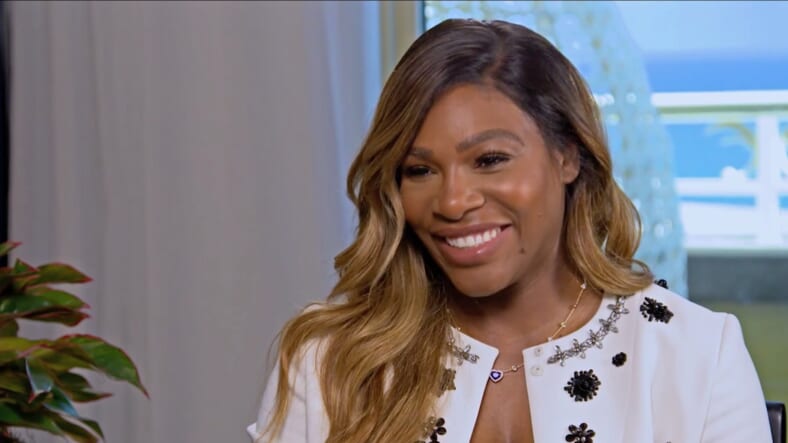 The G.O.A.T. sat down with Zac Posen for the final episode of the Yahoo Lifestyle miniseries.

Serena Williams is already speaking out about discriminatory drug testing she is experiencing but she’s not all about the downside of her incredible tennis career. She recently sat down with renowned designer, Zac Posen, for his Yahoo Lifestyle miniseries, Loud and Clear, to discuss her 23-year tennis career and share some stories about raising her adorable daughter, Alexis Olympia Ohanian, Jr.

“Twenty-three grand slams has been amazing, but I think having my daughter, Olympia is probably the best thing that’s happened to me,” Williams noted.

“Teach her to always be a positive voice, even though other people have negative voices, that’s okay because that’s their opinion and they’re entitled to that, but that doesn’t mean that she has to have a negative voice.”

READ MORE: Serena Williams believes she’s being singled out by U.S. Anti-Doping Agency ahead of Wimbledon

She also explained how her own positive attitude has influenced her unwavering determination.

READ MORE: Serena Williams at No. 25 in post-pregnancy Wimbledon return

According to Williams, her tournament-prep strategy has changed over the years.

“So when I first started, I had a lot of routines,” she said. “I would go through all this list of stuff and I felt like this is too much, so now my routine is to be different, to do something different, that I’ve never done so I don’t get this repetition in my brain and that way, I can play more free, I can think more free and I can just be more free.”