How Magic Johnson convinced Lebron James to join the Lakers 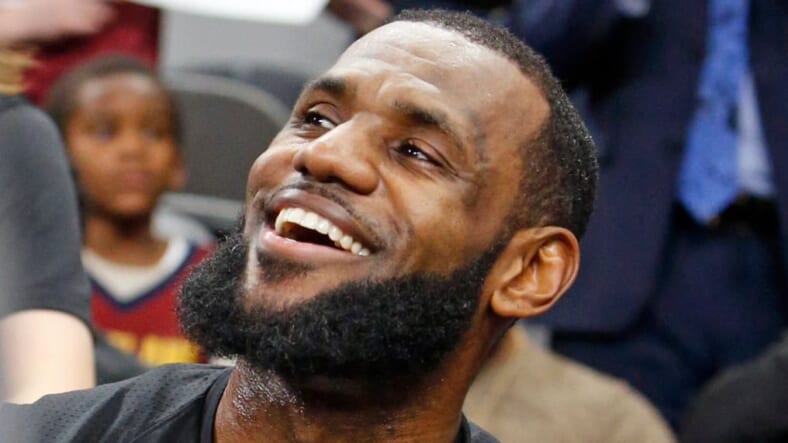 Magic Johnson is feeling pretty magical after he crowned LeBron James the new King of the Los Angeles Lakers.

—Man files $75,000 lawsuit after video of police tasering him while sitting on curb goes viral—

King James is set to dominate the West Coast after securing a four-year deal with the Lakers worth $154M. As of late, James hadn’t had much luck with the Cleveland Cavaliers and after multiple defeats by the Golden State Warriors, James knew it was time to take his talents elsewhere.

So, Magic, the President of the Lakers met up late Saturday night, at the home of the superstar athlete and hunkered down and discussed the common ground the two powerful men shared.

He said he just needed to look James in the eye. And he knew if he could do that, he could make a deeper connection.

It was a done deal. Magic truly made magic happened when he convinced James to sign on as a Lakers, therefore tipping the balance of power and steadying the team that has suffered for the last five years with  infighting, bad contracts and missing the playoffs, reports the LATimes.

Now James has his work cut out for him. But the question is can he bring those championship rings to the Lakers like Magic and Kobe Bryant, both five-time NBA champions.

“Y’all really thought he was gonna pass up the greatest city in the world… #TheKingIsHere,” Lakers point guard Lonzo Ball wrote on Twitter.

“The SHOW is back,” teammate Josh Hart tweeted.