A Texas TV station pulls comments from an alleged witness who says the incident may have had racial overtones. 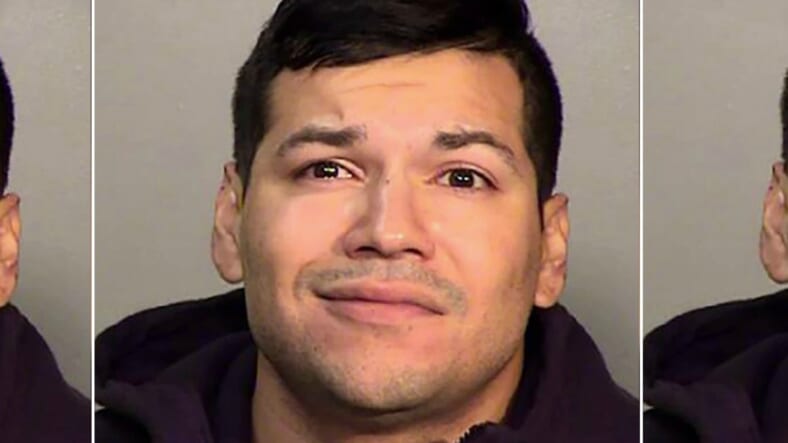 Was a Texas man arrested for throwing soda at a teenager’s face allegedly for wearing a “Make America Great” hat provoked by hearing racial remarks?

Initially,local television station KENS-TV reported that a witness overhead 16 year-old Hunter Richard and his friends making racists jokes before a fellow Whataburger restaurant patron, Kino Jimenez doused him with a cup of soda and snatched his MAGA hat.  However, the station later removed the witness’ quotes because of “concerns about the legitimacy.”

The incident has attracted national attention as Richard who lives in Orlando, but was visiting friends in San Antonio, after a video of the attack went viral on Facebook and Twitter, racking up millions of views.

In the video, the 30-year-old Jimenez can be seen throwing a drink at Richard and snatching his hat. Jimenez can also be heard screaming “you ain’t supporting s— n—-,” at Richard before leaving the fast-food restaurant.

But an alleged witness, a man who asked to remain anonymous, told KENS he and his family saw three teens in inside the restaurant apparently making disparaging comments about minorities. He told the station that his family has been receiving death threats for discussing they reportedly witnessed.

The witness told the station that he did not see the attack, but he did see an altercation inside the restaurant before deciding to leave with his family. He also claimed during the conversation that another man inside the Whataburger asked the teens to stop making the offensive racial comments.

The station said it could not independently verify the alleged witness’ comments and removed them “due to concerns about the legitimacy of the the statements.” The station said the witness’ statements also conflicted with Richard victim’s mother who claimed the attack was unprovoked.

Jimenez was arrested Thursday and charged with felony theft.  He was released after posting $5,000. Jimenez later told local TV reporters that he had “a lapse in judgment that was out of character for him.” He subsequently lost his job at a San Antonio-area bar as a result of the incident, USA Today reported.

KSAT-TV reported that Jimenez said seeing the hat had “the same effect on him that a Ku Klux Klan hood would have had.” He also told the station that his family has received threats. There’s also public pressure for police to charge Jimenez with assault.