Angela Rye bursts into tears while talking about racism on CNN

Cousin Angie had a moment. 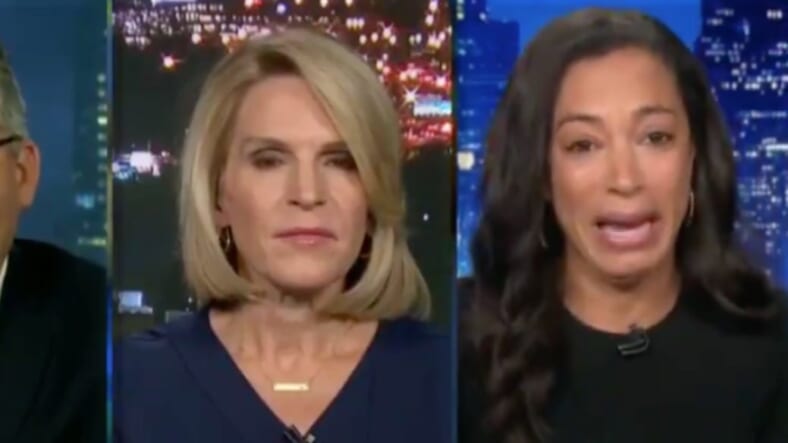 Angela Rye (aka Cousin Angie) is known for her no-nonsense brand of political commentary, but she showed her softer side recently on CNN when she broke down in tears while talking about racism.

“At this point I’m emotional. We’re constantly gas lit. I’m told everyday that I’m on air that I’m racist because I call out racism. That is maddening to me. I’m crying about it because it’s crazy and I wish that somebody who is a colleague of mine like Alice could at least acknowledge that fact.  That is so frustrating,” she said.

Rye continued talking about the child in Ohio who recently had a police encounter while he was delivering newspapers. “We’re supposed to be talking about a 12-year-old boy who was just trying to deliver newspapers and the police are called on him in Ohio where Tamir Rice was killed and the same age. I want to be acknowledged and seen that this is not okay for our children. This is not okay for the future direction of this country,” Rye said.

“I’m told every day I’m on air that I’m racist because I call out racism. That is maddening to me. And I’m crying about it because it’s crazy.” – @angela_rye becomes emotional while discussing race and racism in America https://t.co/zIYvun9mHC pic.twitter.com/QBxokXiSz9

An Ohio mom is upset that her sons couldn’t even deliver newspapers in peace without the police rolling up and confronting them.

Brandie Sharp said that she and her two sons Micah and Uriah, were going from house to house to cover their newspaper route, a tried and true American tradition for many youngsters. They were just going along their way when a police officer drove up and started questioning them, according to reports from WCMH-TV.

“He was like, what are you doing here…are you soliciting? ” Sharp told NBC4. “I said, no sir I’m not soliciting, I’m delivering papers. He said, what papers? I showed him the paper. He said, Oh really, and sat there for a minute and then pulled off.”

Frustrated and disturbed Sharp took to Facebook to complain about the moment and said she feels like they were racially profiled by someone who then called the Upper Arlington police on her and her boys.