Under Raimundo Atesiano's orders, any Black person with a record was fair game for a false charge 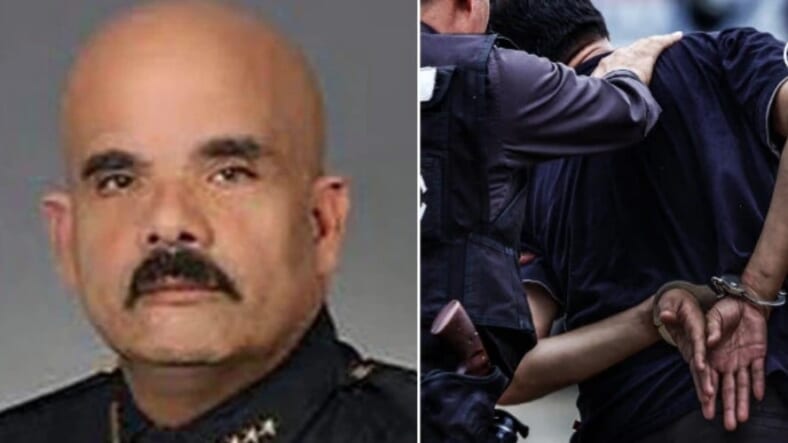 A former Florida police chief who pride himself on having a near perfect record for solving crimes, was charged with abuse of power after an internal investigation revealed that he ordered cops to target and arrest blacks and charge them with unrelated crimes the Miami Herald reports.

READ MORE: Oprah enters the restaurant business with a bang

And for some time, it worked. Under the orders of disgraced former police chief Raimundo Atesiano, unsuspecting black men with some semblance of a criminal record had open, unsolved crimes pinned on them. During 2013 and 2014, 29 of 30 burglary cases were solved in the sleepy Miami suburb of Biscayne Park, Florida.

The highly unethical policing practice came crashing down after officer Anthony De La Torre admitted during an internal investigation that he was told by department leaders: “If they have burglaries that are open cases that are not solved yet, if you see anybody black walking through our streets and they have somewhat of a record, arrest them so we can pin them for all the burglary.’ They were basically doing this to have a 100% clearance rate for the city.”

Three other officers also testified during the probe and admitted that Atesiano ordered them to trump up charges so that his department could maintain an impressive record.

Officer Omar Martinez, however, refused to make any bogus arrest. “I will not arrest an innocent person in order to make the department look good,” he reportedly told his commanders.

Atesiano and two of his former officers were charged by federal prosecutors for one specific abuse of power last month, resulting from the arrest of a 16-year-old who they charged with four different burglaries. The boy who was African American, was framed and the officers knew “that there was no evidence and no lawful basis to support such charges.”

Atesiano has denied ordering his officers to make bogus arrests. He resigned in 2014 after the investigated was initiated. In 2015, the department could not solve any of its 19 burglary cases.