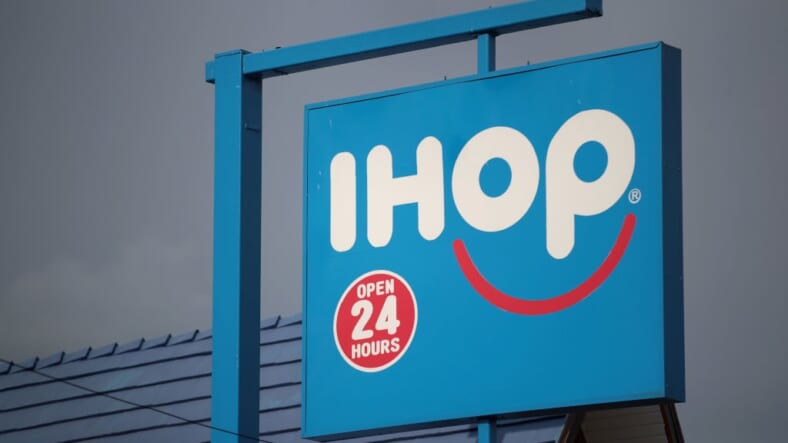 Ten black Washington University students in St. Louis were humiliated after being falsely accused of a dine-and-dash after leaving an IHOP.

On July 7, Clayton police made the students, who were incoming freshman, march back to the IHOP after being accused of failing to pay their bill. Several squad cars reportedly followed the young people back to the restaurant on their walk of shame.

The students provided receipts to police, proving they paid for their meals but the police insisted they return to the restaurant. Once they reached IHOP, a manager told police they were the wrong people and that they had all paid their bills.

The St. Louis Post-Dispatch reports that Clayton Police Chief Kevin Murphy said an internal investigation is underway and he apologized to the students for what occurred.

“We are deeply concerned and disappointed that anyone – certainly any of our students – would experience what transpired on July 7. The fact that these 10 students, all of whom are African American, were scared and humiliated is unacceptable to us. We have shared that sentiment directly with the City of Clayton and have had an opportunity to meet with city leaders to reiterate our concerns. Conversations continue and we are hopeful that our students will hear directly from the City of Clayton with both an explanation and an apology.

“Like all of our Washington University students, the incoming first-year students who were involved in this incident are truly exceptional. They were recruited from all over the United States and, as high-school students, worked tremendously hard with an eye toward attending an institution like ours. We, and many of our peer institutions, competed head-to-head to recruit them. The community in which they would learn, live, socialize and engage was a very important factor in deciding which school they would attend. We won their confidence and they chose to join our student body because they believed they would have an exceptional experience at Washington University and here in St. Louis. It is extremely disappointing that they have been so seriously let down, even before the official start of their first semester.

“Washington University and the City of Clayton, one of the jurisdictions we call home, have a long-standing, positive working relationship. We hope and would expect that a situation like this would be avoided in the future.”

The 10 students were reportedly on campus as part of a summer program that helps students prepare for university life, specifically in science, technology, engineering and math, or STEM fields.

Looks like they also got a lesson in #EatingWhileBlack.