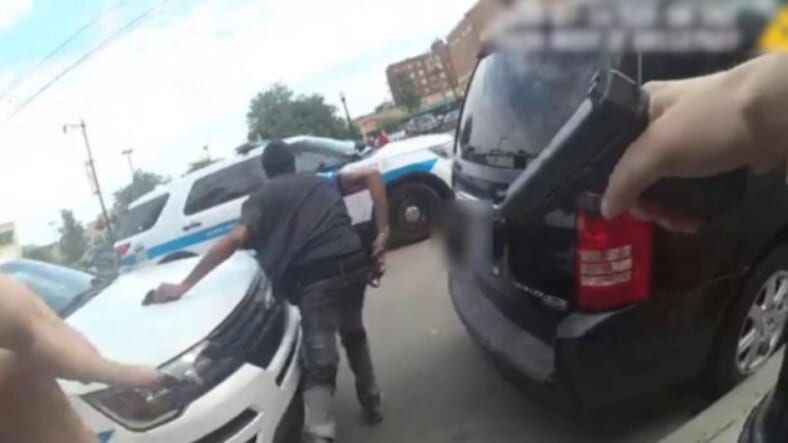 While the death of the 37-year-old barber Harith Augustus, still has the city of Chicago reeling amid protests after police gunned him down, his friends and family took time to solemnly remember the man they knew as “Snoop.”

“Snoop was shy, one of the quiet ones,” said Adonius Johnson to the Chicago Sun-Times, the owner of Sideline Studio, the barbershop where Augustus worked with his side-by-side for the last three years.

On Wednesday, a community organizer arranged a candlelight vigil to remember the Augustus and honor his memory, reports the Chicago Sun-Times.

The police encounter erupted when officers reportedly noticed Augustus, 37, with a bulge at his waist that they suspected could be a gun, Fred Waller, chief of patrol for the Chicago Police Department, told The New York Times.

The Chicago Police Department released edited bodycam video, where at least four cops can be seen confronting Augustus on the city’s South Side. The officer sees a gun holstered in Augustus’ waist, points to it and backs away. Three officers attempted to grab the man’s arms. He tries to get away, when he backs into a police cruiser and his shirts flies up, exposing his gun.

Others at the vigil questioned why police failed to deescalate the situation before using deadly force.

“Why did the cop grab him like that?” Edward Borden Jr., a member of the Inner City Muslim Action Network, said.

The incident sparked off a protest in the city, seeking answers to how Augustus was handled.

Johnson took time to remember a man he didn’t view as confrontational.

“He was ambitious,” Johnson said of Augustus. “He thought of himself as an entrepreneur. He’d be in here for more than 50 hours a week,” Johnson said.

The protests still continue and about a dozen people left the vigil, marched through the streets and blocked traffic until police broke it up.