EXCLUSIVE: Daveed Diggs and Rafael Casal on their masterpiece ‘Blindspotting’

This film is much more than the usual buddy comedy. 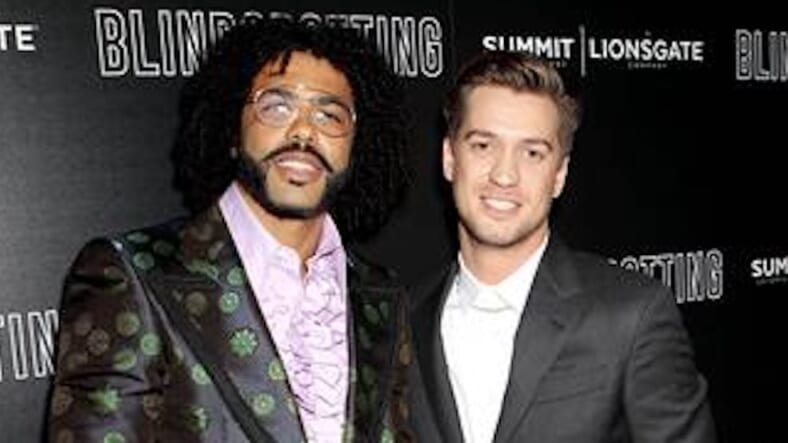 Blindspotting was written by its stars, Daveed Diggs and Rafael Casal, and manages to deliver a deeply-moving commentary on some of the most important issues facing our community, wrapped up in a disarming, buddy film.

We caught up with Casal and Diggs to discuss how they managed to be entertaining while tackling rampant police brutality, rapid gentrification, and the trauma that comes with being treated like outsiders in our own country.

“We were hyper aware of the consequences for everybody’s actions being true to consequences in real life. The main difference between this and a lot of other buddy comedies is that this one doesn’t ignore the consequences of actions or the world that surrounds them. It’s not happening in a vacuum,” says Diggs.

“I think the reality of everybody in this country, we’re all dealing with a ton of stuff. That’s one of the things we learned toward the end of making the movie which was that ‘Damn, we’re dealing with a lot of stuff. There are issues happening.’ You don’t have time to sit and focus on them. You just have to keep living. That’s particularly true of poor people and this is a working-class community that we’re talking about. Not only is there no time to process tragedy, but you can’t afford the outlets. We can’t afford therapy so we don’t go to therapy.  What happens in the film is that for some of the characters, the pressure of all of the things they are carrying around comes to a head.”

Diggs is best known for his Grammy and Tony award winning performances in Hamilton. (He originated the roles of Marquise de Lafayette and Thomas Jefferson in the highly successful musical.) His talents as a rapper, singer, actor, and writer are on full display as “Collin” in Blindspotting.

Casal is equally impressive as “Miles,” a white guy who has grown up in the same tough neighborhood as his best friend, but navigates the world in a very different way.

“It’s about two men expressing their deepest fears to each other with a massive language barrier. Men don’t often have the language for that kind of intimacy so they are struggling to make their points and they need to get on the same page in order to continue to support and love each other, and to survive,” says Casal.

Aside from the striking performances from the entire cast, the film’s power lies in the way it uses language to convey its most important points.

“Blindspotting is not a musical and the verse serves a similar purpose it has served in all art. Verse draws your ear to certain things,” explains Diggs. “The reason a poet or anyone else writes in verse is in order to get above the issue. You can use metaphor to condense complex things.”

Some of the film’s most intense scenes are executed with the use of poetry, spoken word, and freestyle raps, and the end result is something we don’t usually see on the big screen.

“I think what we were trying to do in this film was to make the verse work just part of the world. The overt moments of verse like the one during the climax of the film had to be in verse because that was the only way that Collin was going be heard. He has to be heard or die and the only way for him to be heard is if he makes it sound pretty,” he says. “We start out with a basic freestyle that represents what we and a lot of people did growing up. We like playing with words. We’re trading off and helping each other figure out the next word as a game, using very real Bay area slang. We were trying to figure out a conversational virtuosity wth language because that’s what the Bay feels like to us.”

Blindspotting is certainly a love letter to Oakland and shows what happens when people are shut out by rapid gentrification and forced to feel like strangers in their own homes. While it’s a commentary on what has been happening in the Bay Area for years, it’s also representative of how our community is being made to feel in our own country these days. The film was a long time coming.

“The germ of it was twelve years ago. We wanted to create a film together that would use our natural dynamic to tell a story about fictional characters to see through a lens of what was happening Oakland at the time,” says Casal. “What was happening at the time was the beginnings of rapid gentrification and the Oscar Grant shooting so there was a conversation happening in the town. We have almost made this a number of times over the last ten years. It felt like an urgent conversation that needed to be had and the medium of film could be the way to start it.”

The film’s plot is too good to give away, but the story starts out when Collin witnesses an unarmed Black man get gunned down by a police officer. What follows is his attempt to keep moving and exist in a space where he’s constantly threatened. In one particularly poignant scene, he’s jogging through a cemetery and sees ghosts of Black men in hoodies. As a viewer, it’s impossible not to be reminded of Trayvon Martin, Michael Brown, and the countless other Black lives stolen by police. Casal says they didn’t intend to connote any one victim.

“There is a sameness in the way in which these murders are clumped together so in a lot of ways the attire was about the sameness and uniformity…it creates a really visceral image when you see them all together. It was less a statement about hoodies or likeness to a particular case than it was about articulating the unbelievable abundance that this has become and where Collin finds himself in that. Now the man he saw murdered is joining the ranks of this imagery.”

Overall, Blindspotting offers an entertaining ride that will evoke a range of emotions from viewers who find themselves laughing out loud and fighting back tears. While the movie poses many questions, finding the answers to how to navigate this new world is up to all of us.