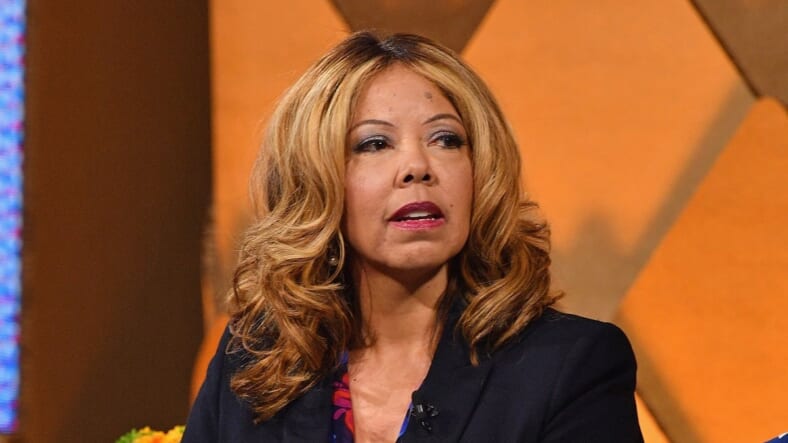 She wants gun control reform for a very personal reason and decided to run for Congress with the hope of changing things herself.

Lucy McBath is set for a runoff election this coming Tuesday against Atlanta tech businessman Kevin Abel for the Democratic nomination in Georgia’s 6th Congressional District. McBath is a gun control activist and the mother of 17-year-old Jordan Davis, who was murdered in Jacksonville, Florida in 2012 when he was shot by Michael Dunn, a white man angered that he and his friends would not turn their music down.

Dunn, who attempted to claim the shooting was in self-defense because he felt “threatened” by the boys arguing back at him, was convicted of first-degree murder.

“I didn’t understand how there were these kinds of tragedies happening all over the country,” McBath told CNN. “And why aren’t our legislators talking about it?”

Davis said she was inspired to run when she saw Donald Trump speak after February’s high school mass shooting in Parkland, Florida. She says she knew the president was lying when he implied he would challenge the NRA.

“It’s just not enough to have the marches and the rallies and the speeches and the remarks, unless we have people who are willing to create the bills to make this a safer nation,” she told CNN.

READ MORE: A white man killed her son and now Jordan Davis’ mom is running for office in Georgia

After her son’s death, she retired from her job as a Delta Airlines flight attendant and became a national spokeswoman for Moms Demand Action for Gun Sense in America and Everytown for Gun Safety. She has testified before Congress, joined Hillary Clinton on the campaign trail in 2016, and was among the Mothers of the Movement who spoke at the 2016 Democratic National Convention.

McBath came in first in the primary race in front of Abel, a South Africa native who she will face in the runoff this Tuesday. McBath won 36 percent of the vote in the May primary, while Abel secured 30.5 percent of the votes cast.  The runoff winner will challenge incumbent Republican U.S. Rep. Karen Handel.

Abel claims that despite coming in second in the primary, he is the better candidate simply because he feels McBath “can’t beat Handel” in the bloody-red state of Georgia.

READ MORE: Tiger Woods: Back on the rise, but falls short at the British Open