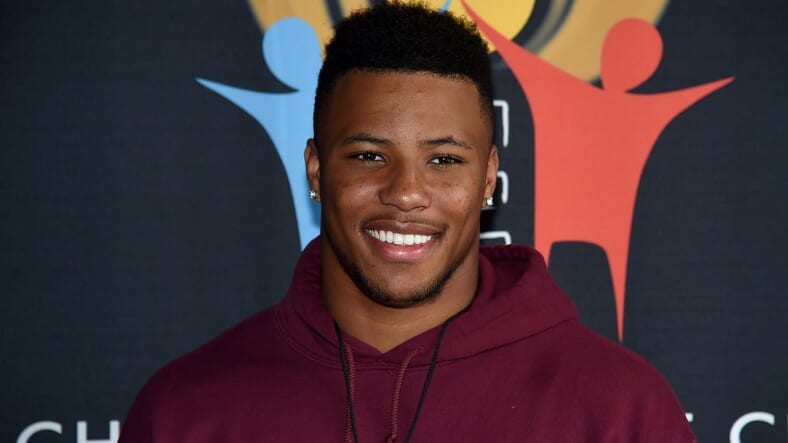 Saquon Barkley, the running back who starred at Penn State before going second overall in this year’s National Football League draft, just signed a contract so generous it surpasses those of a number of league veterans.

Barkley agreed to terms on his rookie contract Sunday with the New York Giants, and it was an eye opener. The deal is worth $31.2 million over four years—all of which is guaranteed—with $15 million up front, according to a source. It also includes a fifth-year team option.

The #Giants have agreed to terms with first-round RB Saquon Barkley on his four-year, fully guaranteed contract worth $31.2M, source says. He has a $20.76M signing bonus with $15M paid out immediately — the most in several years. He gets the rest by October. Rookies report today.

The contract was negotiated by Kim Miale of Roc Nation Sports and it makes Barkley the fourth-highest paid running back behind Le’Veon Bell, Devonta Freeman, and LeSean McCoy, according to Spotrac.

READ MORE: Tiger Woods: Back on the rise, but falls short at the British Open

Barkley’s guaranteed money—which he plans to invest while living off of endorsement revenue—is also the highest to a rookie in at least five years, according to NJ.com.