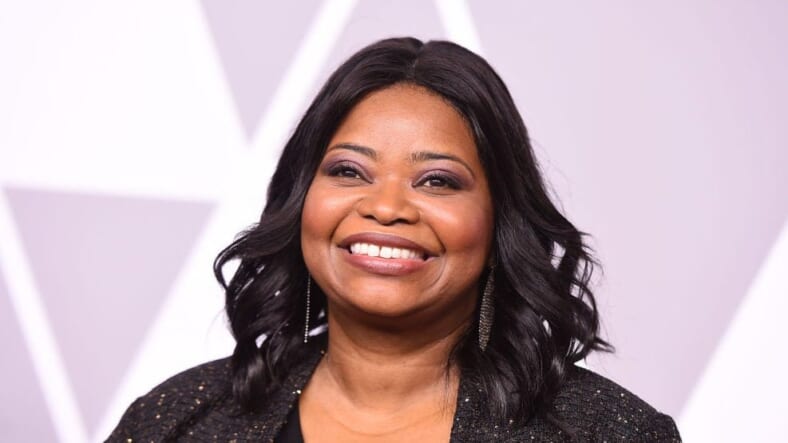 Netflix said that Spencer will produce and star in a limited series about the outsized life of Sarah Breedlove, who was known professionally as Walker. The eight-episode drama is based on the book “On Her Own Ground” by A’Lelia Bundles and includes basketball star LeBron James as a producer.

Walker became one of America’s first self-made female millionaires by creating and marketing hair products for African-Americans at the turn of the 20th century. Netflix said the series will detail the hostility, rivalries and tumultuous personal life that marked Walker’s life.

Spencer is an Oscar-winning actress whose credits include “The Shape of Water,” ”Hidden Figures” and “The Help.”

A release date for “Madam C.J. Walker” was not announced.

A PRINCESS, GROENING STYLE
Matt Groening said his new adult cartoon series “Disenchantment” has a feminist component that sets it apart from his previous shows.

Groening spoke to reporters about bringing fresh talent to the Netflix show that included the voice actors Abbi Jacobson and Eric Andre.

He also highlighted the differences between the new project and his previous work, the long-running Fox series “The Simpsons.”

“One of the reasons that ‘The Simpsons’ is what it is, is because of the time constraints,” he said. “In this show, we’re able to let it breathe a little more which I find gratifying.”
The series notably stands out as an adult cartoon with a female lead. It follows the misadventures of an alcoholic slacker princess named Princess Bean, voiced by “Broad City” star Abbi Jacobson, who has everything but a sense of purpose.

Joined by a personal demon named Luci, played by Andre, and a scruffy elf named Elfo (voiced by Nat Faxon), Bean creates mischief in the kingdom of Dreamland where she’s infamous for her careless antics.

Both Jacobson and Andre have a built a following with the hard-to-win young adult audience in their shows “Broad City” and “The Eric Andre Show.” The stars shared their stories of growing up watching “The Simpsons” and finding their place with Groening and Josh Weinstein, creators and producers of “Disenchantment.”
“Disenchantment” premieres Aug. 17 on Netflix.

MORE ‘MASTER’?
Netflix is standing by “Master of None” and Aziz Ansari despite a sexual-misconduct allegation against him earlier this year.

Cindy Holland, a programming executive for the streaming service, said there’s been thought given to a third season for the comedy starring and co-created by Ansari.
She added that Netflix would “certainly be happy” to make another “Master of None” season with Ansari, but didn’t commit to it or indicate what the production or release timeline might be. The show about a young, single actor in New York last aired in 2017.

The allegation that Ansari acted improperly on a date was published in January of this year by website Babe.net, which didn’t identify the accuser. The report sparked a public debate, with some saying the claim shed light on aggressive sexual behavior and others dismissing it as a bad date that should have remained private.

In a January statement, Ansari acknowledged that he apologized to a woman in 2017 when she told him about her discomfort during a sexual encounter in his apartment that he believed to be consensual.

THEIR BRAINS ON DRUGS
Jonah Hill and Emma Stone are starring in a new TV series that tackles sensitive issues of mental illness and the pharmaceutical industry.

Hill plays a man diagnosed with schizophrenia, while Stone plays a woman fixated on broken relationships.Both sign up to test a mysterious pill believed to cure anything about the mind, but things do not go as planned.

Cindy Holland, vice president of Netflix original series, announced that it would debut Sept. 21. Holland called “Maniac” a “thought-provoking, fever dream of a show.” The actors starred opposite each other in the 2007 teen comedy “Superbad.”