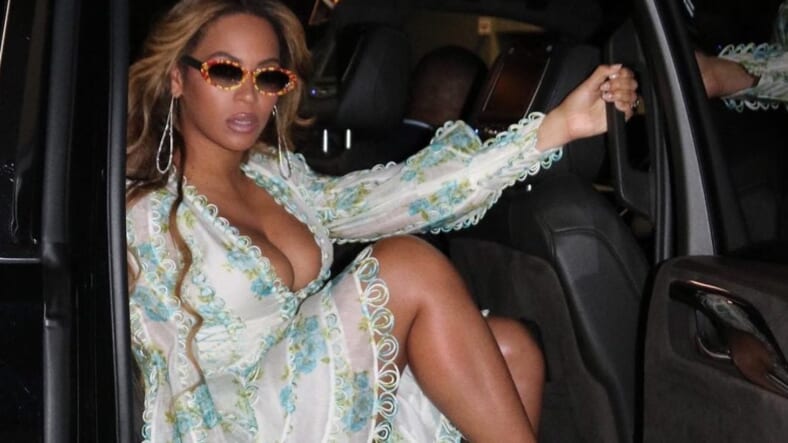 This is the first time in the fashion magazine’s 126-year history that a Black photographer has shot the cover.

“I depict black people and people of color in a really real and pure way,” said 23-year-old Mitchell in an interview withThe New York Times in December. “There is an honest gaze to my photos.”

Mitchell has also shot high end campaigns before with Marc Jacobs and Givenchy.

“The reason a 23-year-old black photographer is photographing Beyoncé for the cover of Vogue is because Beyoncé used her power and influence to get him that assignment,” a source told Huffington Post.

Vogue editor-in-chief Anna Wintour reportedly gave Beyoncé creative control for the upcoming issues. Bey will get to choose the photos and captions, said a source familiar with the deal between Vogue and Beyonce.

The Vogue photo shoot with Queen Bey was instead accompanied by a short essay on her star quality penned by Margo Jefferson.

“It was definitely posed to me as … call it a think piece if you want,” Jefferson told the Times. “I had no contact with her camp.”

“She has to be studying how effective her interviews have been so far. She may have decided that they do not contribute as dazzlingly to the portrait of Beyoncé as the other stuff. It’s a perfectly reasonable decision.”

Other Beyonce photos heating up social media are her recently released photos holding her twins. Last week, Beyoncé has released an actual photo of her twins Sir and Rumi.

The new pic, which shows the 13-month olds laughing and playing on Beyoncé’s lap, was taken during the singer and hubby Jay-Z‘s European family vacation. The two superstars took a break from their On the Run Tour II. Big sister Blue also made the journey with her famous fam.