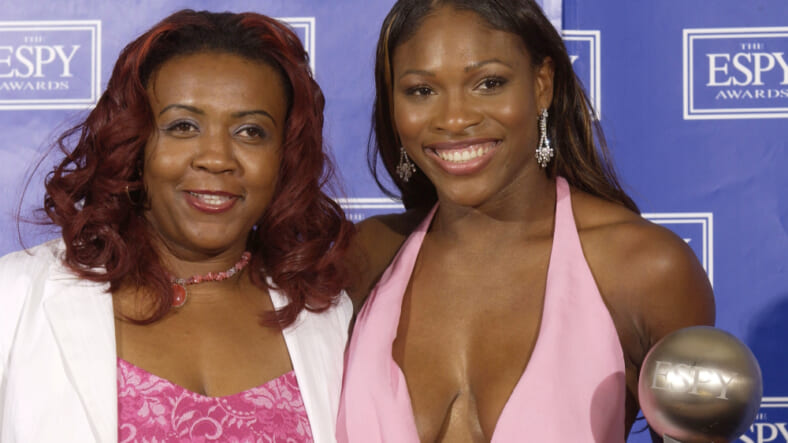 The former Crips gang member convicted in the 2003 slaying of Serena and Venus Williams‘ beloved sister is back on the street after being released from prison.

Robert Maxfield shot registered nurse Yetunde Price, a 31-year-old registered nurse and mother to three children, in a drive-by shooting in September 2003. She was hit in the back of the head with an AK-47 and died instantly in Compton, California.

Her killer is now a free man, released early on good behavior after completing his 15-year sentence, DailyMail.com reports.

On the night she died, Price was the passenger in the SUV of her boyfriend, Rolland Wormley— said to be a member of another gang called the Mac Mafia Crips. He had been the intended target – but escaped.

According to msn.com, Maxfield pleaded no contest to voluntary manslaughter in April 2006 after two previous trials that ended in hung juries. At his sentencing, Serena said: “I wasn’t going to speak today because it’s too hard for me to talk.” But she said she wanted to let Maxfield ‘”know that this was unfair to our family, and our family has always been positive and we always try to help people.”

Vicky Waters, press secretary for California Department of Corrections and Rehabilitations (CDCR), told DailyMail.com via email: Robert Maxfield had a determinate sentence, which means he was released to parole supervision after completing his term. Maxfield was sentenced to 15 years, and was received by CDCR in May 2006. An inmate is eligible to receive good conduct credits – in this case, at the rate of 15%- for good behavior. Per the law, he was eligible for 15% credit off his sentence, and he also received 989 days of credit for time served while awaiting sentencing, time served post-sentencing before arrival to prison. He was paroled in March after serving his full-term of his sentence, as defined by law.

Serena and Venus Williams have yet to comment on Maxfield’s release.