A Xavier University student got an education on racial profiling while shopping in a convenience store in Sante Fe New Mexico. 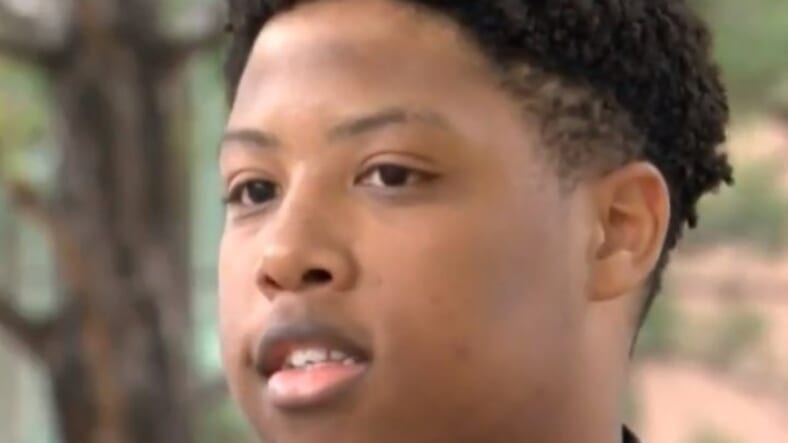 A Black college student visiting the Sante Fe area says he was kicked out of an Allsup’s store by a store clerk who cited “arrogant and black” as a reason to call the police on the 22-year-old, KRQE reports.

In yet another case of having the police called on you while black, Jordan McDowell, a 22-year old Xavier University student, said he entered the store to buy candy and didn’t do anything to provoke the 911 call.

“The first thing that popped in my mind absolutely was just discrimination,” said McDowell.

So McDowell whipped out his cell phone and caught part of the interaction on video. The employee can be heard saying, “And I want him out of the store right now,” she says presumably to a 911 dispatcher.

READ MORE: Rihanna to receive honorary doctorate from the University of the West Indies

READ MORE:-Omarosa Manigault-Newman secretly recorded Trump and says she has receipts to share

McDowell said he was hurt.

“In that moment, the only thing I felt at that small moment was rage,” said McDowell. “But at the same time too I understood that racism in America never truly died.”

McDowell said he went to the store around 8 p.m. to buy a bag of Sour Patch Kids, a popular candy. After he bought the sour gummies he decided to continue looking around the store to see what else he could purchase, but he noticed he was being watched.

“She (store employee) had been in the corner the whole time watching,” said McDowell.

McDowell gives commentary as he records and says: “they said I was sketchy because I picked stuff up, put stuff back.”

Once police were on the scene, McDowell spoke to the officers who reportedly acknowledged that he didn’t commit a crime.

McDowell was in Santa Fe studying Native American culture as part of a summer class he is taking at Xavier University where he is a senior and a pre-med major.

“This was our first time down here,” said McDowell. “I explored the native lands, I loved it, I enjoyed it, I enjoyed the feasts, seeing the dances, everything of that nature.”

Even though he said he felt discriminated against, McDowell said he won’t allow the experience to change him for the worst.

“I just want everyone to know you still have a voice, you can speak up, you still can do your part and that’s what I’m going to continue to do,” said McDowell.