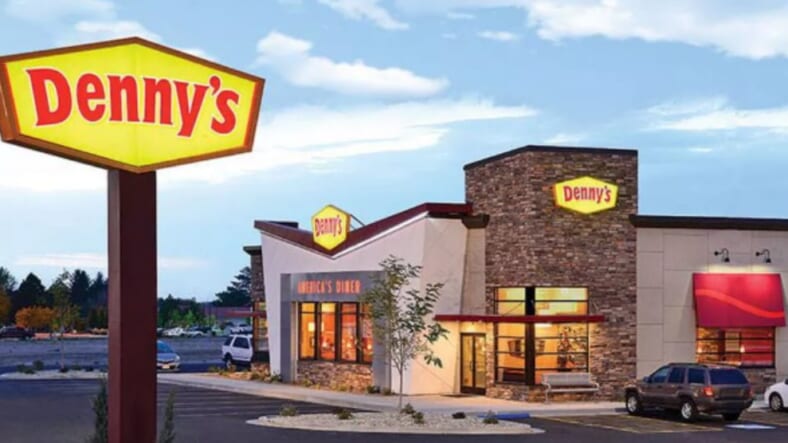 Denny’s is trying to make amends with a group of churchgoers and has issued an apology after an employee refused to seat them at a Florida restaurant on Friday.

Elijah Henderson Jr said he and about 25 fellow church members were discriminated against when they were told they could not be accommodated at the restaurant because there was only one cashier and one cook on duty.

“Is it the color of my skin? That’s where I left it at. Is that a problem? Because everybody else was eating and drinking, and she was, like, ‘I am not going to be able to accommodate you all,’” Henderson Jr. said.

Henderson captured the interaction on video.

“I was, like, ‘I understand that there is only you and him but can you guys feed us?’  She was, like, ‘I am not going to accommodate you all.’” Henderson said.

“There was another family that came in right after me, she was, like,’You guys go ahead and have a seat. I will be with you momentarily.’”

“He was like, ‘Well, I work with a diversity department.’ I was like, ‘Well, you guys have to do a little more work because it’s not working. What you’re doing may be working at corporate, but when it drizzles down and comes to the franchisees, it is not working,’” said Henderson.

“I feel as since I’m African American, that’s why she doesn’t feel like she should accommodate us. I don’t understand. I am not trying to understand, the only thing I do know is that they are wrong, they are wrong for how they treated us,” Henderson said.

“Point blank, I don’t care what you look like, or where you come from, I just want equality.”

“We were shocked by the unacceptable experience our guests received recently at our Lake City, Florida, location, and sincerely apologize. We simply do not tolerate discrimination of any kind in our restaurants.”

According to reports, the employee who refused to accommodate the large group no longer is employed with Denny’s.