The 31-year-old is hanging up his helmet. 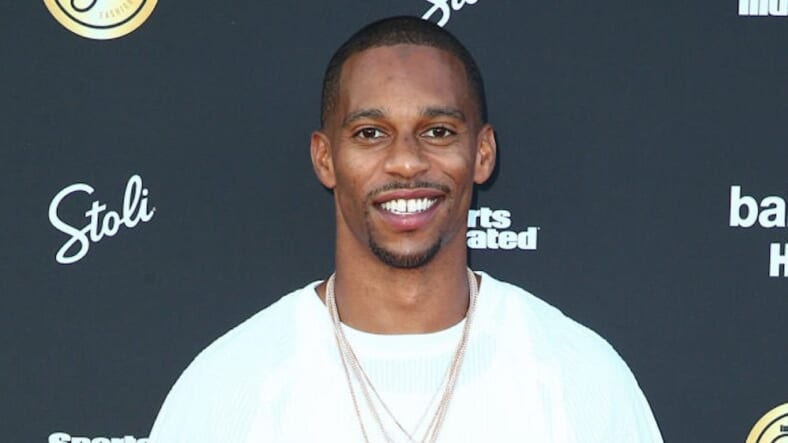 Victor Cruz is making some big changes. The 31-year-old wide receiver is hanging up his helmet and retiring from the NFL and he already has his next gig lined up.

Karrueche Tran‘s main man will join ESPN as an NFL analyst this week.

“As I officially close one chapter of my life and begin another, I could not be more thrilled to join another championship team at ESPN,” Cruz said in a statement. “I’m excited to get started and share my insight and analysis with the viewers and fans of the NFL.”

Cruz announced his retirement in a video on UNINTERRUPTED.

Victor Cruz started playing for the NY Giants from 2011 and he was released from the team in 2016 after being sidelined by several injuries including a torn patellar tendon in October 2014 that forced him to sit out the whole 2015 season. HE signed a contract with the Chicago Bears but was released last September.

Karrueche Tran on dating Victor Cruz, getting over Chris Brown and being biracial

“What a great Giant. I remember playing against him when I was in Philly and we were certainly well aware of the impact he could have on a ball game. I had a chance to meet him and be around him, and he certainly doesn’t need an invite from me, but much like all the ex-Giants, I look forward to seeing him at practice any time he wants to be here. So, congratulations to him,” Giants coach Pat Shurmur said Tuesday.

Cruz is set to start his new gig on ESPN on Wednesday.

Victor Cruz’s fiancé allegedly puts him on blast for infidelity, sends massive group text to his ‘side chicks’

Aside from the changes in his professional life, Cruz is busy cuddling up to his girlfriend, Karrueche Tran. The couple showed off their romance on the pink carpet at the MTV VMAs earlier this week.