The actress is still fuming at her former co-star. 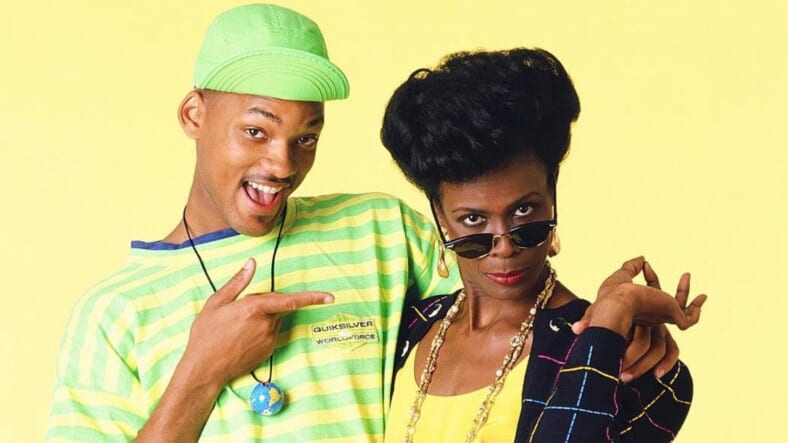 Janet Hubert is taking aim at Will Smith once again and this time she’s making it very clear that she’s not anybody’s auntie.

The actress who originated the role of Aunt Viv on the beloved show, The Fresh Prince of Bel-Air has been blaming Smith for her problems for years but in a recent video, she goes postal on Will and his wife, Jada Pinkett Smith and she makes some harrowing statements that have us a little concerned for her safety.

“Will, make no mistake. This video is for you directly,” she says. “Y’all ain’t gon invite me to your red table so welcome to my butcher block…Now, this butcher block is not just for you. This is my last video. I am not on this earth much longer and I will not go to my grave feeling that questions have been unanswered. What misconceptions of me that you put there have never been dealt with — and especially for my son. I am tired.”

Janet Hubert apparently blames Will Smith for spreading a rumor that she was fired from their hit show after three seasons. She also took shots at Alfonso Ribeiro who played her son Carlton on the series.  “The Fresh Prince,” saying no one ever said that but “you and your tampon, Alfonso Ribeiro.” Ouch.

“I’m just a woman who played a s—y role on a sitcom which, dear God, I wish I hadn’t. The one thing I do regret in my life was ever taking that role to have to have worked with someone like you,” she says.

“I’ve always wanted to ask you… why did you go so far? Why was it so necessary? Why? … Why did you want the dance episode cut? And why did you call me back three years later and ask me to come back [on the show] and buy the house because you thought it would be funny after you left me with a child with no money, with no home …”

Hubert alleges that she was blackballed in the industry after her stint on Fresh Prince.

“My life when you banished me and when you tainted me and when you put your poison in, you poisoned my entire world…Every time I try to have a meeting … every time I try to call Oprah for help, Oprah’s people would say, ‘No she’s friends with will and Janet will never be on the show … we can’t promote her on the show because she has a very deep, profound friendship with Will,” she said.

It turns out, she’s not just angry at her former co-stars, but she’s angry at the entire Black community too.

“Shame on you. … You b—-es would rather fight me at a time where I’m going through a devastating crisis in my life,” she said in the video.

“If I could go back and redo anything, I would have turned down ‘Fresh Prince.’ It was the bane of my existence. It was just a job and I’m glad you all liked it. But please don’t call me Aunt Viv. If you didn’t see me at your Thanksgiving table, I am not your aunt, honey.”

Peep the video below: