Kimberly Williams, 54, the city's first black woman to be promoted to police captain is being remembered by her colleagues and community for her many accomplishments 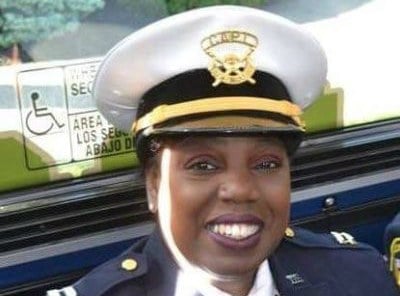 The Cincinnati Police Department is mourning the loss of a pioneer as Capt. Kimberly Williams has passed away following a battle with cancer this week, according to the Cincinnati Enquirer.

In 2016, Williams was the first African-American woman to be promoted to the rank of Police Captain and just the second promoted to lieutenant within the Cincinnati Police Department. October would have marked her 30th year with the department.

“Captain Williams was a true trailblazer and this is a deep loss for our CPD family,” Cincinnati Police Chief Eliot Isaac said in a post on the department’s Facebook page early Wednesday. “She will be sorely missed by her colleagues, the community, and the many lives she touched.”

Williams commanded the Internal Investigations Section and had worked in all five of the city’s police districts, most recently as the commander of District 2. She also wrote the department’s $3 million grant for the Children in Trauma Intervention Camp, which is an eight-week program encompassing leadership, discipline, physical training, education and therapeutic counseling.

She earned a Bachelor’s Degree in Liberal Arts from Xavier University and is a graduate of the University of Cincinnati with a Master’s Degree in Criminal Justice. She graduated Mount Healthy High School.

She was 54 and leaves behind one son, Robinson Perry, and her brother, Governor Williams, who is a member of the department’s Youth Services Unit.