SisQo performed ‘Thong Song’ at his own wedding reception 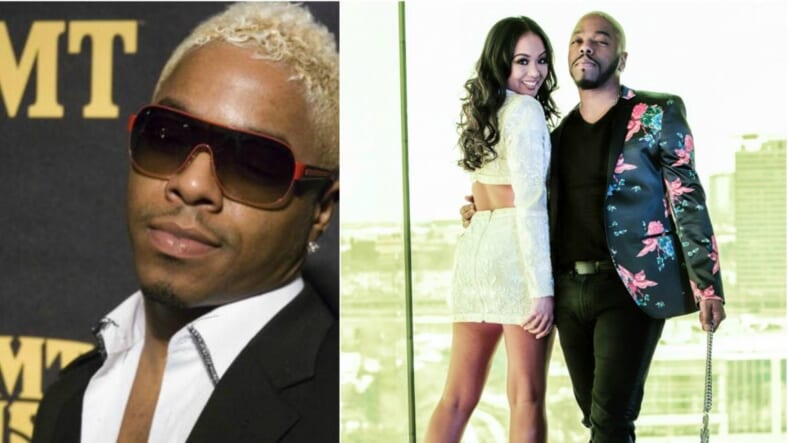 Remember SisQo, the architect of the 90s’ booty-shaking hit “Thong Song?” Well, he got married to his longtime sweetheart/baby momma Elizabeth Pham on Friday and yes you guessed it, he performed the head-bopping jam at his wedding reception.

According to Us Weekly, 39-year-old SisQo talked about the decision to finally make it official and propose to Pham after their on-and-off 15-year relationship.

“It was one of those things where it’s like she’s my best friend,” he told Us earlier this year. “And it was kinda like … you know, maybe I need to figure out how to make this more permanent before she wakes up and realizes how crazy I am.”

SisQo said the two have “known each other for like, a long time,” and they “were kinda dating like on and off for a while … maybe 15 years.” Pham and SisQo have a daughter KoKo together.

He told Us: “I proposed and I got, like, a big, fat rock. I did it kinda cool, because I felt like our son [Ryu] was the one that kinda saved [us] … I sent him in with a ring box, and she looked into the box and didn’t see anything … She then went to look for me to figure out what’s going on. She came around the corner, and I was one knee and I asked her and she said ‘Yes!’”

SisQo said it was a fairytale wedding. The venue “was kinda like castle-ish from the outside.”

And as expected SisQo turned up at his reception.

“I initially sang ‘Thong Song’ about the first thong that I ever saw, so it was only right to sing it about the last one I will ever see… in private, that is,” Sisqo stated in an email to The Baltimore Sun.

The bride turned up to and she and the bridesmaids did a dance to a mix of Beyonce hits.

Also, R&B group Dru Hill, his buddies, sang their hit song “Beauty”, Tao sang “A Ribbon in the Sky” as SisQo and Pham lit their unity candle and the two danced to “Spend My Life With You” by Eric Benet and Tamia.

READ MORE: 3-year-old Arkansas toddler hailed as a hero for saving his baby brother after a car crash killed their mom