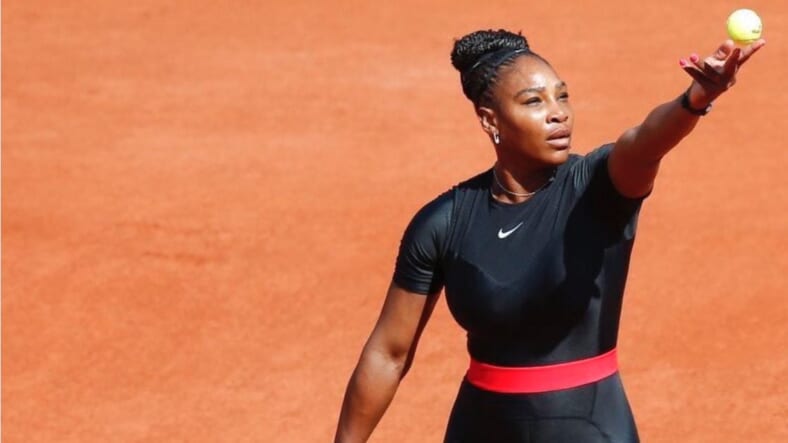 Instagram
When Serena Williams stepped out in a skin-tight black catsuit at this year’s French Open, it sparked both outrage and praise among fans across social media. At the time, the tennis champ remarked that the Nike ensemble made her feel like a “queen from Wakanda.”

But according to the Associated Press, the French Tennis Federation wasn’t feeling the look, so a new dress code has been implemented that bans her from rockin’ the onesie in next year’s installment.

“I think that sometimes we’ve gone too far,” French Tennis Federation President Bernard Giudicelli explained to The AP in reference to players’ outfits which have become too unique for the sport.

“It will no longer be accepted. One must respect the game and the place,” he added.

As noted by PEOPLE, back in May, when reporters asked Williams about her choice of style for the court, she said: “I’ve always wanted to be a superhero, and it’s kind of my way of being a superhero.”

In addition to making her feel like superwoman, the catsuit nearly saved her life.

READ MORE: Despite the antics in recent years and some lyrics not aging well, ‘The Miseducation of Lauryn Hill is a 20-year-old classic

Following the birth of her daughter Alexis Olympia last September, Williams revealed that she used a specially designed bodysuit that helps prevents blood clots from developing in the legs.

“I’ve had a lot of problems with my blood clots, God I don’t know how many I’ve had in the past 12 months,” she explained at a news conference in May, according to NPR.

“I’ve been wearing pants, in general, a lot when I play so I can keep the blood circulation going,” she said.

Williams donned the catsuit in her first Grand Slam since giving birth and dedicated the attire to moms who have had a tough pregnancy.

“All the moms out there that had a tough pregnancy and have to come back and try to be fierce, in the middle of everything. That’s what this represents. You can’t beat a catsuit, right?”

Catsuit anyone? For all the moms out there who had a tough recovery from pregnancy—here you go. If I can do it, so can you. Love you all!! pic.twitter.com/xXb3BKDGNF