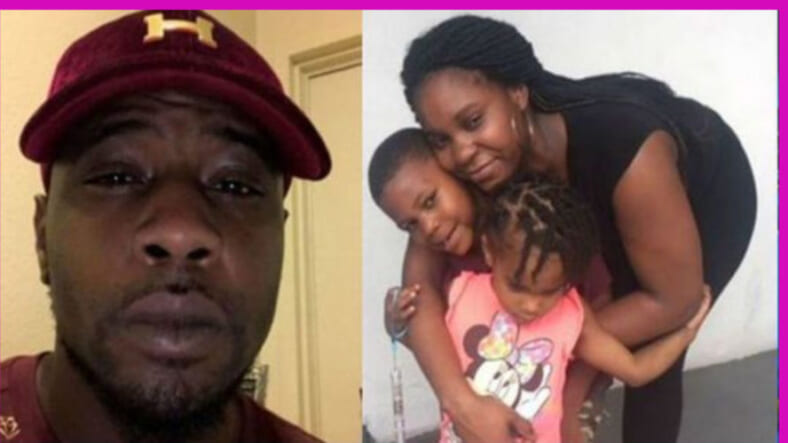 Markeis McGlockton was killed by Michael Drejka in Pinellas County, Florida. After arguing that the state’s “Stand Your Ground” law shielded his fatal attack, a jury found Drejka guilty of manslaughter on Friday. (Photo courtesy of Justice for Markeis McGlockton)

Michael Drejka, the white Florida man who fatally shot a black man in a parking lot, spoke out in a recent jailhouse interview about his confrontation with Markeis McGlockton but showed little remorse for the killing, the Daily Mail reports.

Drejka was charged with manslaughter after he gunned down McGlockton in Clearwater, mere seconds after he shoved him during a confrontation with McGlockton’s girlfriend Britany Jacobs over a handicapped parking space.

Drejka claimed Florida’s ‘Stand Your Ground’ defense and said in the interview that he was afraid.

McGlockton, 28, emerged from a store to find Drejka arguing with his girlfriend. McGlockton pushed him away but Drejka said he “didn’t know it was a shove.”

“It felt like I was tackled, or someone hit me from behind with something. I left my feet, and slid along the ground,” Drejka, 48, said in the interview.

He defended his decision to shoot McGlockton saying:

“I followed the law the way I felt the law was supposed to be followed. I cleared every hurdle that the law had to put in front of me.”

The trigger was seeing McGlockton’s car parked in a handicap spot. He said he spent his ‘whole life’ looking ‘for a handicapped parking spot’ for his late high school sweetheart and, more recently, his mother-in-law.

“It’s always been a hotbed for me, always touched a nerve with me,” he said. “The parking spots, the way they’re used and abused.”

“I did not confront anyone. I was confronted and I answered. I didn’t know what was coming for me and there’s only one way to look at that,” he said. “You have to be scared for it, cause if you’re not, you’re wrong. And that’s that.

“So yeah, I was very scared. I’ve never been confronted like that. I’m not a physical person to begin with, I don’t wrestle with people, I don’t push and shove my friends.”

Pinellas County (Fla.) Sheriff Bob Gaultieri said at the time that he didn’t plan to charge Drejka since McGlockton pushed him down first sparking outrage around the country.

But the Pinellas County Sheriff’s Office announced that the State Attorney had finished reviewing the case and has decided to charge Michael Drejka with manslaughter.

Drejka said he was devastated, but he offered an apology to the family.

“I’m sorry. That’s all I can really say to them. …Thinking about it, would you accept those kinds of words from someone? I don’t think I would,” he said. “I think there’s too much hate already … for me to be able to say anything that would make any kind of difference,” he said.