In "Widow," she's taking on a role different than what she's normally played and embraces a different image 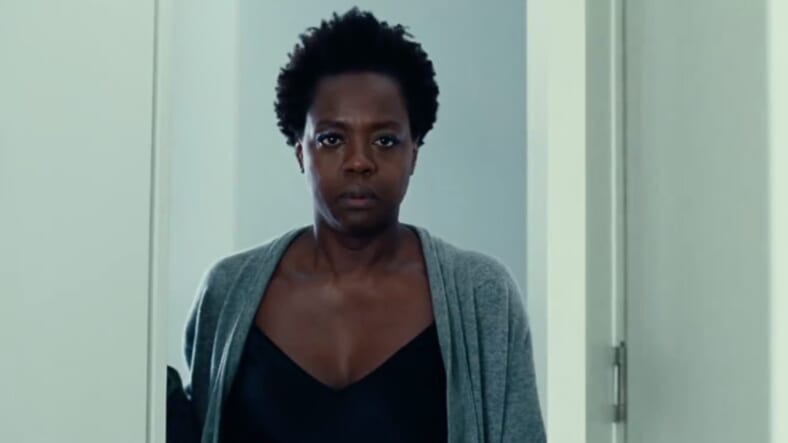 Viola Davis dishes about her newest action-packed role in the latest issue of Variety.

The How to Get Away with Murder actress opens up about tackling her toughest role in the upcoming star-studded thriller, Widow, and admits to stepping into uncharted waters with becoming a gritty character in the action movie.

“This could change the face of her career up to this point,” said her husband of 15 years Tennon, Davis.“It’s a chance for Viola to be seen as the lead actor in a global movie.”

Davis revealed why her character was so intriguing, issues with pay inequality in Hollywood and ditching hair extensions to embrace her natural hair for the role.

Viola on her character in Widows: “This kind of role isn’t usually out there for a woman of color,” says Davis.

Viola on knowing her “worth”: “People in general are always hustling for our worth,” she says. “People in positions of power are always telling you that you’re less than or you’re unworthy. I’m a Christian. I reject that. We’re born worthy. You need to take [unworthiness] off the table.”

Viola on her natural hair and her beauty

“You’re always taught as a person of color to not like your hair,” she says. “The kinkier it is, the so-called nappier it is, the uglier it is.

“We’re into a zeitgeist where people are fighting for their space to be seen,” says Davis. “People have to know that there are different types of women of color. We’re not all Foxy Brown. We’re not all brown or light-skinned beauties with a big Afro. We have the girl next door. We have the older, dark-skinned, natural-haired woman.”

Viola on money: “There are no percentages to show the difference,” says Davis. “It’s vast. Hispanic women, Asian women, black women, we don’t get paid what Caucasian women get paid. We just don’t. … We have the talent. It’s the opportunity that we’re lacking.”

For more from Viola, visit Variety.com.