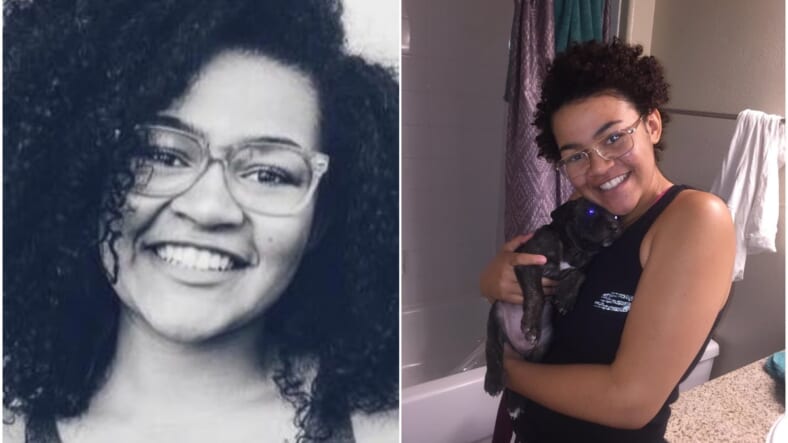 Kiera Bergman is missing after leaving her job on the morning of Aug. 4. (Twitter)

Phoenix police are seeking first-degree murder charges against the boyfriend of 19-year-old Kiera Bergman, whose body was found Sept. 3 near a state highway, The Arizona Republic is reporting.

Jon-Christopher Clark, 23, already was being held in the Maricopa County, Ariz., jail on unrelated felony charges.

In addition to the new murder charges, Clark also faces charges related to the improper removal of a body as well as evidence tampering, the Republic reports.

Clark will next appear in court on Sept. 18. His bond was set at $1 million during a court appearance on Tuesday.

Bergman was last seen Aug. 4 and police questioned her boyfriend nine days later but released him after several hours of interrogation, the Republic reported.

On Aug. 15, Clark told the news organization that he believed he’d come under suspicion because he was the last person to be seen with Bergman before she vanished.

At the time, he told the Republic that he had “nothing to do” with her disappearance.

“I love Kiera with all my heart,” he said. “I want Kiera to come home.”

He told police he last saw her when the two had a disagreement and she left his apartment.

Two days after Clark spoke with the Republic, police arrested him on unrelated identity theft and forgery charges and executed a search warrant on Aug. 13, according to the news organization.

Bergman’s father, Chris Bragg, told the Republic in a written statement, “We hope if Jon is guilty he is convicted and he rots in hell.”

Bergman’s mother told the Republic that the family had asked Clark not to come to an Aug. 11 vigil for the teen.

Chris Bragg described his daughter’s relationship with Clark as on-again-off-again.

The Republic has reported that Bergman moved out of her family’s home earlier this year to move in with Clark, broke up with him and moved out to live with a friend, but then Clark moved in with Bergman and her friend.