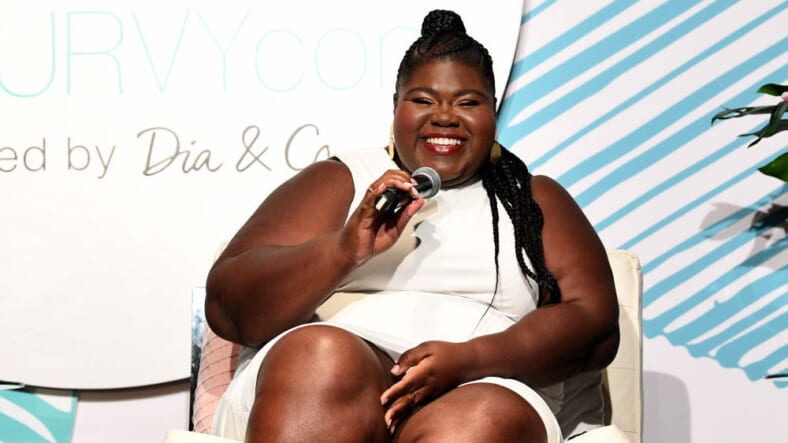 While plenty of celebrities are flocking to NYC for New York Fashion Week, others are celebrating size-inclusive fashions at Curvy Con. Gabourey Sidibe was this year’s keynote speaker for the event and she took the opportunity to speak out about the discrimination plus-sized women face int he fashion world and beyond.

“Even though we are moving towards more visibility for plus-size people, there is a lot [of] pushback,” she said. “So it’s important to keep fighting [and] to keep being visible until the conversation changes and [it] is no longer about our bodies because I’m not my body. I’m a whole person.”

According to the Oscar-nominated actress, she has experienced body-shaming and discrimination first-hand, even after she made it big as an actress with her role in Precious.

She also revealed that when she hit the red carpet at Cannes for the first time, she was donning an off-the-rack, black dress from Torrid because no designers would dress her for the high-profile event because she was “too fat.”

This year marks the third anniversary of the body-positive convention.

“The Curvy Con was created to give plus-size woman a space to be themselves. You know how hard it is to do plus-size shopping in person? So, we wanted to make sure we could bring in all the best plus-size brands, like ASOS, Dia&Co [and] Loft, and have them bring stuff in person so that we wouldn’t have to buy it online. And then, we also wanted to bring in the most epic influencers, YouTubers, and celebrities for important conversations. We follow these people online, we follow the hashtags, [but] what if we all got in one room to do the whole body positivity thing together, what would we get? That’s what we were looking to do,” plus-size blogger and Curry Con co-founder, CeCe Olisa told Teen VOGUE.