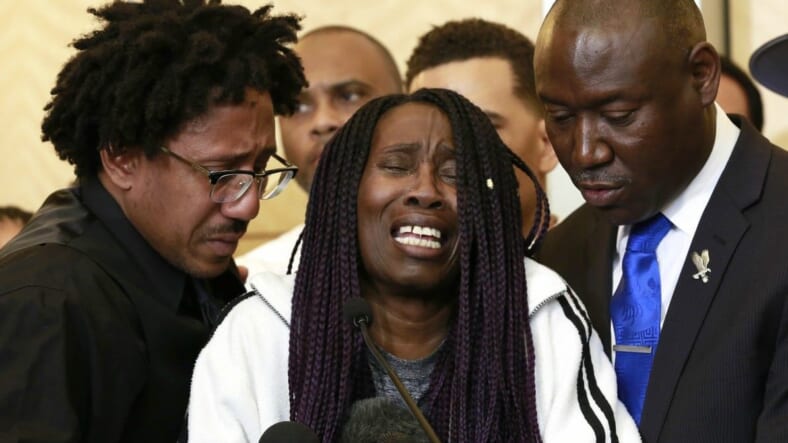 Although things have died down after the police shooting death of Stephon Clark, activists are working to keep the light burning and plan to disrupt a gathering of the California Police Officers Association this week, the Sacramento Bee reports.

Alicia Garza, a founder of Black Lives Matter and organizers have chartered a bus specifically to protest during the event in downtown Los Angeles, according to Tanya Faison, founder of the local chapter of BLM.

“We (are) woke, all the way woke,” Les Simmons, pastor of a church not far from where Clark lived, told the Bee.

Simmons said since the shooting, little to no information has come out.

Clark is the young father of two who was fatally shot on March 18 in his grandparents’ backyard after, police claim, they were responding to a call regarding someone breaking car windows at night. Police said they thought they saw a weapon in his hand. After police fatally shot Clark, 22, they discovered he was carrying a cell phone.

In the beginning of the investigation, many demanded transparency by police, the body cameras were released at a record rate and activities flooded the streets daily calling for justice.

Since then, a new policy was adopted in July, requires police officers to weigh their own safety, potential danger to the public and the importance of making an arrest before pursing a foot chase.

Officers also must start their body cameras, explain why they are launching a chase and offer a description of the person they are chasing. Officers may stop pursuit at any time “if the risk of pursuing outweighs the need for apprehension,” according to the policy.

But since then, Simmons said the investigation has stalled.

“Six months is too long for us to be past Stephon Clark without any type of conclusion,” said Faison. “I think they are being strategic on how and when to give out the information. I have no trust whatsoever, more than ever.”

Faison, Simmons and a number of activities are keeping up the pressure on the police and district attorney. They said it’s something they must do in order to keep Clark’s case in the public eye.

“We are not going away,” said Anita Ross, an author and community organizer who has become active in the Clark issue in recent months.

“He matters and I want him to always know that,” she said later. “These are his formative years and I refuse to allow this city and this nation to give him any message other than he matters and he’s worthy.”