NYT columnist gets emotional on CNN relating to Kavanaugh accuser 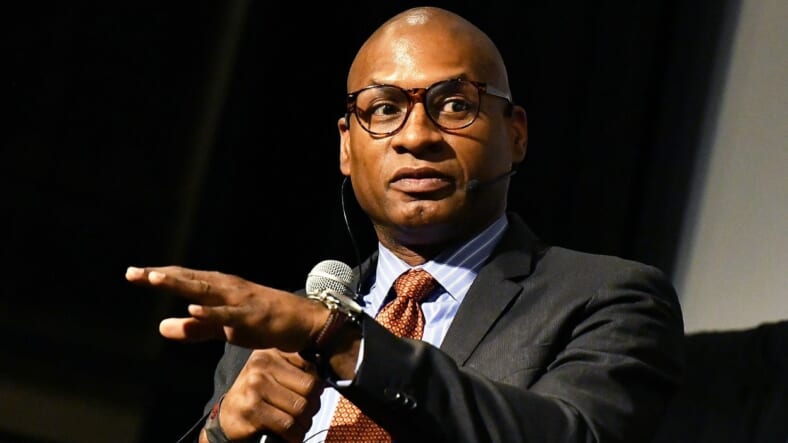 On a live televised Wednesday night appearance with CNN’s Chris Cuomo, New York Times columnist Charles Blow became chocked up during as he shared a story about being sexually assaulted as a child.

Blow recounted the experience to stand in solidarity with Dr. Christine Blasey Ford, who has accused Supreme Court nominee Brett Kavanaugh of sexually assaulting her when they were teenagers.

“I do believe, however, that we have to all take a step back and be respectful of Professor Ford,” Blow said. “This is not only —if it is true — a sexual assault, it is a childhood sexual assault.

“If you have never been the victim of a childhood sexual assault [then] calm down and take a step back,” he added. “Stop asking why she didn’t say anything.”

Blow first publicly recounted the assault in his 2015 book Fire Shut Up in My Bones. He grew more emotional during the appearance as Cuomo, David Gergen, and Nan Hayworth looked on.

“I was a victim of a childhood sexual assault,” Blow said as he fought back tears. “It’s not news, I wrote it in my book four years ago. The first time I told somebody was 17 years later.

“The next time I told somebody was eight years after that,” he added. “It was 37 years before I told everybody in the world in a book.”

Blow wrote about the Kavanaugh hearings in his Times column and asked what the GOP was trying to hide. He also questioned why the Trump administration has been trying to push the process through and was, at first, reluctant to order an FBI investigation in the way that President George Bush did in 1991 when Anita Hill came forward.

“We are talking about a lifetime appointment here, and if Blasey is telling the truth and Kavanaugh has lied, there is absolutely no way he should be confirmed,” Blow said.

“We can’t have a Supreme Court on which a third of the men have been credibly accused of sexual misconduct,” he added. “Thomas and Kavanaugh, if confirmed, would be two of the six.”

Watch Blow talk about his assault below: