Forget About Dre: Apple rejects Dr. Dre bio series because it was ‘too graphic’ 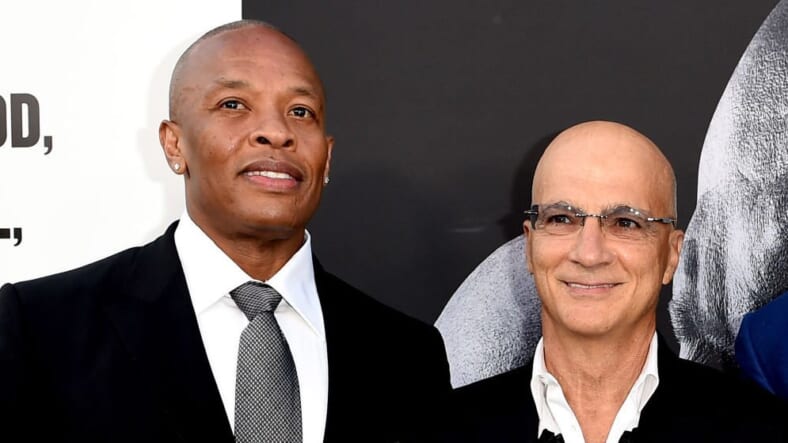 Producers Dr. Dre (L) and Jimmy Iovine arrive at the premiere screening of HBO’s “The Defiant Ones” at Paramount Studios on June 22, 2017 in Los Angeles, California. (Photo by Kevin Winter/Getty Images)

Apple, which recently unveiled its newest version of the iPhone, is also planning on challenging Netflix, Hulu, Amazon, and YouTube as it jumps into the streaming content game.

However, don’t expect Apple follow the other streaming services in terms of content. Just ask hip-hop icon and Beats Audio mogul Dr. Dre, whose new series Vital Signs was rejected by Apple CEO Tim Cook for being “too graphic,” according the Wall Street Journal.

The streaming service, which has been repeated delayed, hasn’t just singled out Dre – whose Beats products have been partnered with Apple for years – it has rejected numerous ideas or asked shows to tone down content for strange reasons.

“Apple has made clear, say producers and agents, that it wants high-quality shows with stars and broad appeal, but it doesn’t want gratuitous sex, profanity or violence,” the Wall Street Journal reports.

Other changes including banning an M. Night Shyamalan project because Apple executives “made clear they didn’t want shows that venture into religious subjects or politics.”

While Apple may have banned Dre from its streaming service, earlier this month, the NBA entered into a partnership with Beats by Dre that will make it the official headphone of the league. This will add a lot more money to both Dre’s and Apple’s bottom line.

“Beats revolutionized the music industry and has become one of the most innovative and culturally-influential brands in the world,” NBA Commissioner Adam Silver said on Sept. 5.  “Through our partnership, we have an exciting opportunity to merge sports, pop culture and technology to deliver unparalleled experiences and premium products to our fans.”