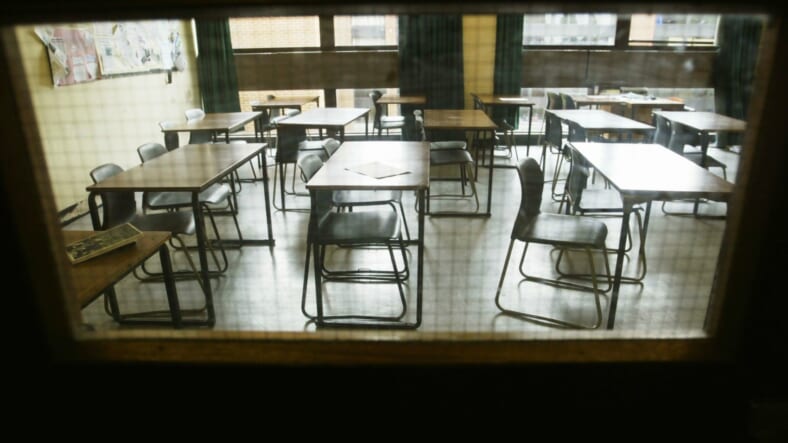 A substitute teacher in Portland is being accused of abusing a student by hitting him upside the head with a clipboard and calling him the n-word. Now the mother of the former eighth-grade student has filed a $300,000 lawsuit against the Portland Public Schools, OregonLive reports.

According to the six-figure lawsuit filed last week in Multnomah County Circuit Court, Lamar Warren, was a 13-years-old student at the time the incident occurred at Martin Luther King Jr. School. Warren reported that in October 2017 a substitute teacher named Bruce Niemann hurled a racial slur at her son and hit him.

His mother Elisha Warren, filed the suit on behalf of her son. Niemann apparently still works for the district.

However, a police officer who reportedly investigated Warren’s claims said that Niemann denied calling him the n-word and was “surprised” at the claims.

Greg Kafoury, Warren’s attorney, said that Warren and his friend were talking in class and that spurred Niemann to strike Warren on his forehead with the metal tip of a clipboard which upset the student. Later, Warren and his friends confronted Niemann in a hallway about the situation. He allegedly got upset and called Warren the n-word. Niemann also allegedly started making derogatory comments about Black families and chastised the boys for not having fathers and then said it would have been worst if he hit him with a cinder block.

Niemann also reportedly made comments about his support for Donald Trump.

Deputy District Attorney Nicole Hermann said at least one parent doesn’t believe her child’s story and “expressed skepticism” and “disagreed with the nature of (the boy’s) injury,” Hermann wrote.

Warren is now 14 and doesn’t attend the school but instead is now a student at a private Catholic School.