As Hurricane Michael looms, Fla., Democrats want to be sure everyone can register to vote

Hurricane Michael is closing in on the Florida panhandle, threatening voter registration efforts ahead of the gubernatorial election, but Democratic officials want extensions put in place 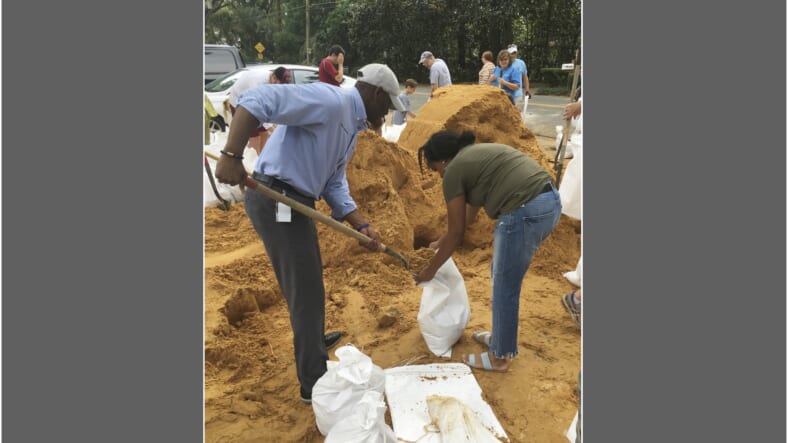 As another deadly hurricane presses down on Florida, Democrats in the state filed an emergency motion in federal court Tuesday to extend the voter registration deadline by a week, the Huffington Post reports.

The deadline to register to vote in Florida was Oct. 9, but Florida Secretary of State Kenneth Detzner told local election officials that they would be able to accept paper registrations when their offices reopen if they’ve had to close, according to the news organization. By early Wednesday afternoon, Hurricane Michael had been classified as a Category 4 storm that would set off catastrophic damage.

Florida is a key state in the midterm elections, the subject of heightened get-out-the-vote efforts by Democrats.

Tallahassee mayor Andrew Gillum is launching a bid to become the state’s first black governor as he goes up against Ron DeSantis, a Republican. Gov. Rick Scott, a Republican, is challenging U.S. Sen. Bill Nelson, a Democrat, in a race expected to be close. Along with those two closely watched races is a constitutional amendment on the ballot to automatically restore voting rights to 1.5 million state residents with felony convictions who complete their sentences.

Lawyers for the Florida Democratic Party said in their emergency filing that Detzner’s solution was “insufficient and confusing.”

If residents have evacuated, they may not make it back in time to hand over their registration forms to their local registrars’ offices, the lawyers argue. The lawyers also pointed out an additional problem: that the secretary of state’s directive did not explain whether election officials could accept mail-in registration applications postmarked after Tuesday’s deadline.

“This limited, confusing and inconsistent solution is not sufficient to adequately protect the voting rights of Floridians,” the lawyers wrote in their motion. “A limited, one-day extension applied arbitrarily across Florida is no solution at all.”

“Thousands of eligible Florida voters who are complying with evacuation requests and preparing for the storm may not have the opportunity to register to vote as a result of Hurricane Michael,” Terrie Rizzo, chairwoman of the Florida Democratic Party, said in a statement.