LeBron James, Drake get candid in the barbershop for new HBO series 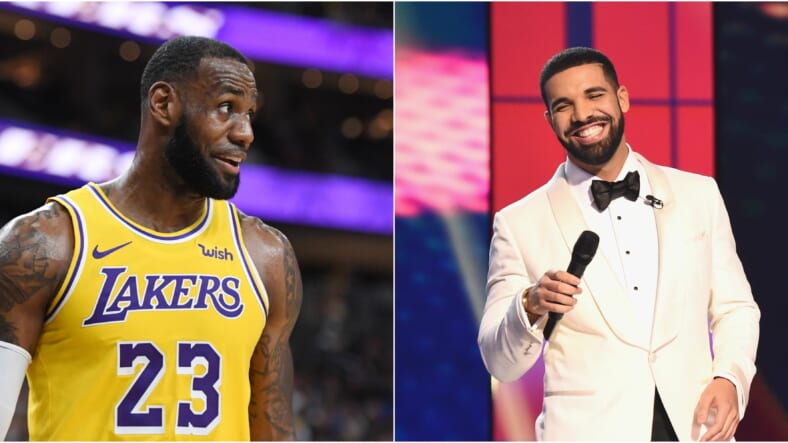 In the second episode of his hit show The Shop, the L.A. Lakers’ newest addition, LeBron James and “In My Feelings” rapper Drake have a heartfelt conversation about retiring at the top of their respective games and recognizing when it’s time to throw in the towel.

In a video James posted to his Instagram account, Drake said: “I think maybe one of my biggest concerns in my career is just to figure out how to exit gracefully. I’ve watched people overstay their welcome, and I just don’t ever want to be that guy that’s addicted to the feeling of victory, addicted to the emotion of people digesting something that they love. And get to a point where I’m feeding them something and they’re just like, ‘Yeah ….”

To which James responded: “What helps with the gracefully bowing out is having people around you that were there from the Day 1. That seen you from the beginning … You can’t have (expletive) around you that don’t keep it honest with you, and don’t keep it real with you. You gotta have someone to tell you like, ‘Yo, either accept a lesser role or you gotta tank.'”

?‼️‼️‼️We heard ya’ll wanted more of that ? so we hopped right back in the seat. Another one coming in the ✂️ The Shop ? this Friday 10/12 @hbo feat. @champagnepapi ? and Myself ?. This is going to be fun!

In each episode of the series, James and Carter, his childhood friend and business partner, will visit barbershops around the country and meet up with athletes and celebrities for honest dialogue on a wide range of topics, including sports, music, what’s happening in the news, pop culture, business and other topics.

“Anyone who has been in a real barbershop, like the ones where I grew up, knows why this show can be so incredible,” James said about his show.