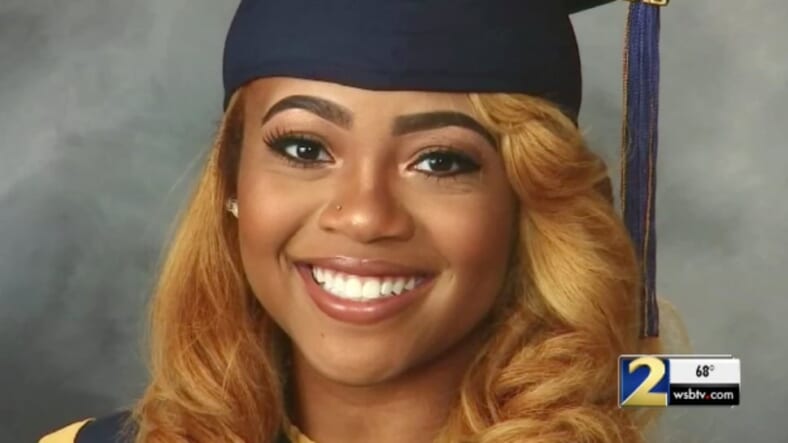 A Georgia family is distraught after a drunk driver claimed the life of a promising college freshman who was visiting home for her mother’s birthday.

Kennedy Segars, 18, was killed in a car accident after a man charged with DUI hit the back of her car as she stopped for a traffic light near her parent’s DeKalb County home on Sunday, WSBTV reports.

According to police, the driver, Reginald Stubbs was speeding at 70 mph when he rear-ended Segars’ vehicle.

“Till the day I die, it will still be a pain,” her father, Marvin Segars, said. “They took my baby at 18. This is just horrible. I don’t want nobody to feel this, at all.”

Kennedy Segars was reportedly a freshman at Alabama State University and wanted to become an attorney. She was home on Saturday to celebrate her mother’s birthday.

Stubbs survived the crash, but Kennedy was pronounced dead on Monday.

“I question that all the time. Why’d you have to take her?” Marvin Segars said.

The family wants justice for their child.

“We want him to stay behind bars forever. He took a life, so his freedom should be taken as well,” Marvin Segars said.

On Friday, Stubbs will appear in court for an arraignment on charges of vehicular homicide, DUI and other charges. He was denied bond on Monday.