‘I think it was on purpose’: Lawsuit says black girl had rope tied round her neck by kids on field trip 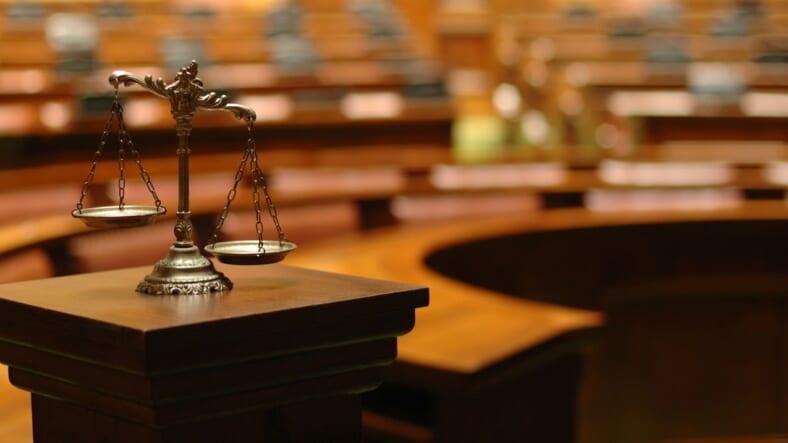 Jury selection has started in a negligence lawsuit alleging a black girl in Austin was choked with a rope from a swing attached to a tree by three white boys who racially targeted her during a school field trip in April.

The April 2016 incident happened during a school trip with a group of sixth-graders – eight girls and 14 boys. The 12-year-old girl was only one of two black children attending the trip. The other classmates were mostly white, leading lawyers to believe she was attacked because of her race.

The girl said she watched other kids sit on a rope swing and play without incident. But when she sat on the swing, she felt nothing but the rope go around her neck, which led her family to believe it was intentional. As the rope choked her she fell backward. The rope, cut deep leaving burns and marks and even pieces of the rope were embedded in her neck.

“That’s why I think it was on purpose,” she said. “I think someone tried to tie it around my neck.”

The rope should have fallen to the ground if the kids had simply let go of it, the girl said. Her mother has removed the girl from the school.

“It looked like somebody had ripped her neck apart and stitched it back together,” the girl’s mother, Sandy Rougely, previously told The Dallas Morning News at their Waco apartment.

The lawsuit seeks $3 million from the Live Oak Classical School in Waco to “not only compensate the victims in this case, but to deter this type of egregious conduct from others in the future, and to serve as an example to all educational institutions that this type of behavior is unacceptable with regard to both the treatment of children and their parents,” court records show.

Ranch owner Lawrence Germer, was also named in the lawsuit, the Morning News reports. No criminal charges were filed.

The school, however, denies that it was a racially motivated attack.

“We all know anybody can allege anything in a lawsuit. That doesn’t make it true,” said the school’s attorney, David Deaconson.

“We also need to keep in mind we’ve got 12-year-old kids involved, and adults need to react in a way that doesn’t put the 12-year-olds’ safety at risk, which many of them already have.”

The Waco Tribune-Herald previously reported that Blanco County Sheriff’s Capt. Ben Ablon said that there’s no evidence to support allegations that the injuries were intentional or racially motived. No charges were filed.

READ MORE: Shift in race discussion needed for our kids and our media

Deaconson said the school will “stand behind the facts” and while it was an “unfortunate accident,” no bullying was involved.

The school offered a statement on the incident:

“The lawyer claimed that the student’s injuries were racially motivated, intentional attack. Live Oak takes this accusation seriously,” it said. “The school interviewed all student eyewitnesses and teachers who were present and each independently established that the accusation made by the attorney is absolutely false. The injuries were caused accidentally while the students were playing with the swing and attached pull rope. The attorney was advised of the results of the interviews.”